Tesla Building 6 Supercharging Stations in Norway; First Will be Operational This Month 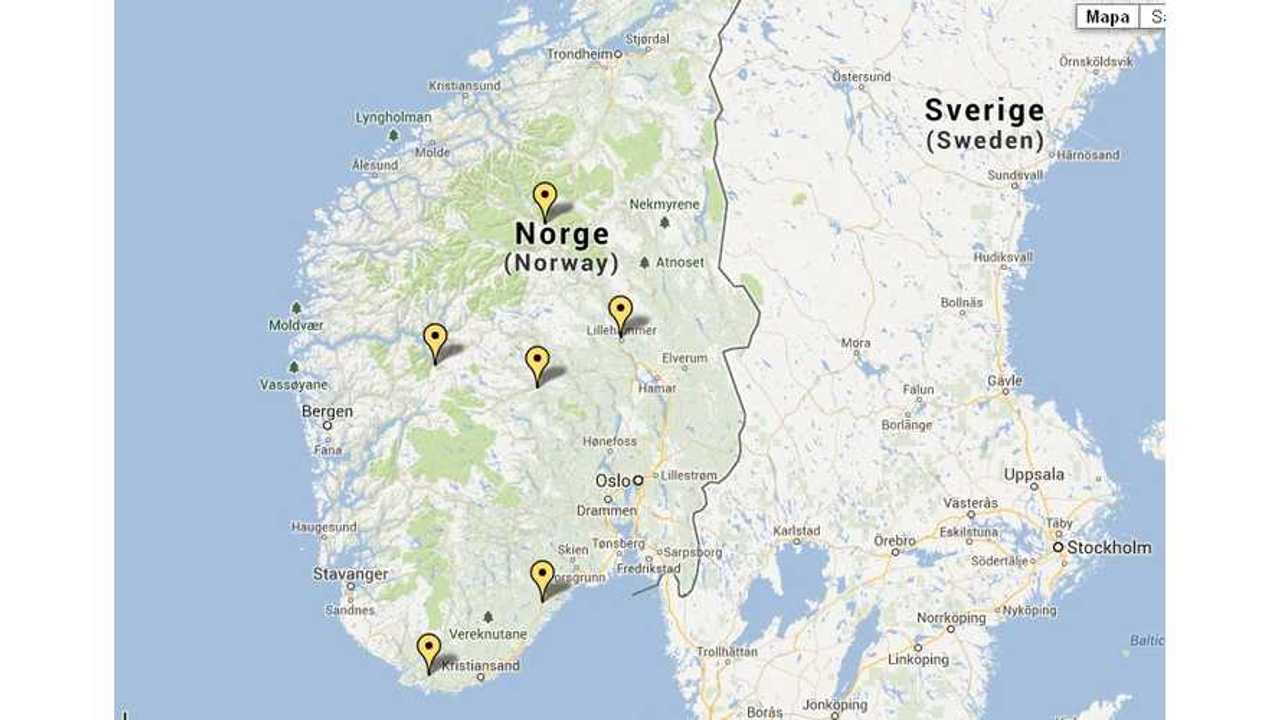 We've now pinpointed the locations of the 6 upcoming Tesla Supercharger stations in Norway.

According to a map  found on Tesla SuperChargere i Norge, Tesla Motors is building 6 Supercharger stations in Norway 6.   The yellow color means that the site is currently under construction.

The first Supercharger in Norway should be operational any day now. Tesla recently tweeted:

"European #Superchargers will begin rolling out over the next several weeks, the first of which will open in Norway."

Similarly to in the US, the Supercharger stations will be located on main routes to let Model S owners drive across the entire country.

The relatively high number of Superchargers in Norway will probably make the country the California of Europe, if you get what we mean.