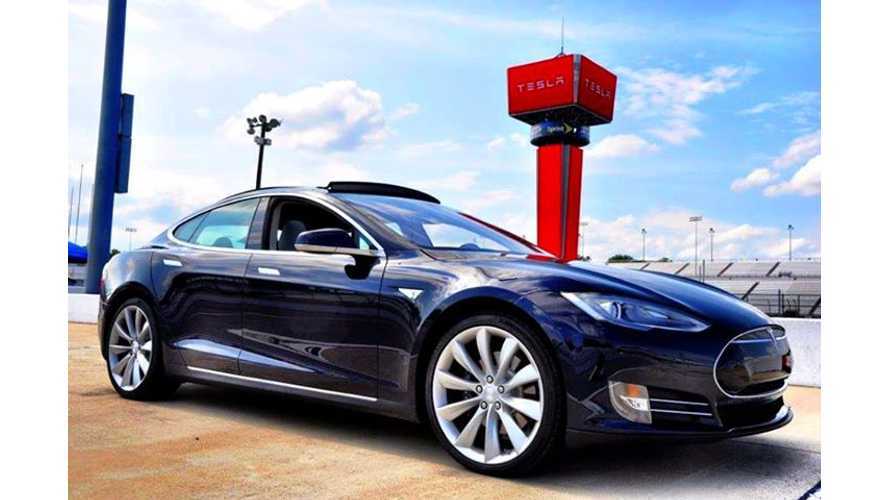 Though Tesla Motors isn't allowed to sell vehicles in the state of Virginia, there's no law saying that Model S sedans are banned from Virginia's roads or raceways.

So, Tesla took it upon itself to host a demonstration event at Virginia's Richmond International Raceway:

"The silent roar of more than 40 Model S is still echoing at the Richmond International Raceway. Thank you to all of the owners who joined us on Wednesday and showed their support for Tesla in the state of Virginia!"

You'd have to be clueless to not realize what Tesla is doing here.  The automaker is clearly hoping to gain some ground in Virginia by showing the public its technology-packed vehicles.

The demonstration event was attended by current Model S owners, Tesla personnel and even a limited amount of people who showed up to see (most likely for the first time ever) the Model S in person.

We're not sure if Tesla's decision to host a demo event in Virginia will have any impact on the state's denial of Tesla sales, but we applaud Tesla for the effort.