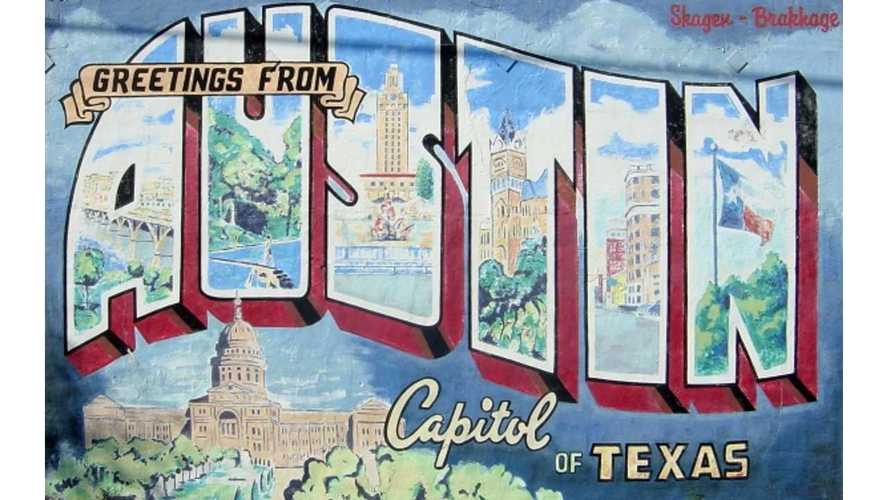 i3 to Launch in Austin First?

"BMW's done their homework, and they've determined that this is the second largest market in the United States for registrations of electric and hybrid vehicles."

We're doubtful that the i3 will actually launch first in Austin, but we do know that the Central Texas region is one of the hottest areas in the US for plug-in vehicle sales.

The Austin area is home to 170 public charging stations, which in turn has pushed up plug-in sales.  Karl Popham of Austin Energy (operator of the majority of the stations) says that the cheap cost of charging is really catching on:

Map of Some of the Chargers in Texas

"Every major manufacturer either has an electric vehicle or is coming out with one.  Our customers appreciate the flat fee price - under five bucks a month, unlimited fill ups. People like that."

How's this for proof that plug-in vehicles are popular in Central Texas: Popham says more than 20,000 charge events have occurred on public chargers in the area over the last 18 months.

Popham notes that most charging is and always will be done at home:

"A lot of folks, they just plug into the regular outlet. You don't need a special charging station at home.  If you decide to do faster charging, Austin Energy does have home rebates for that."

Why the massive push?  Here's what Popham says:

"It's no longer a niche market."

No longer niche might be a stretch, but we get it...plug-in vehicles are become increasingly popular as time goes by.