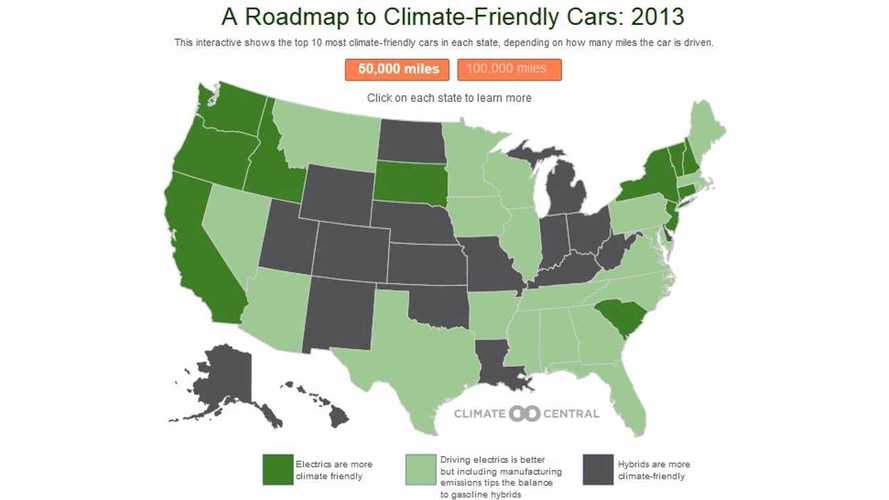 That there is the opening line from a recent study-based report released by Climate Central.

The report continues by stating this:

"But that is just part of the story. Another critical factor is the carbon emissions generated when a car is manufactured. Emissions from producing the battery and other electrical components create a 10,000 to 40,000-pound carbon debt for electric cars that can only be overcome after tens, or even hundreds of thousands of miles of driving and recharging from clean energy sources."

"This comprehensive state-by-state analysis of the climate impacts of the electric car, plug-in hybrid electrics, and high-mileage, gas-powered hybrid cars takes both of these factors into account – the source of energy for the power grid and carbon emissions from vehicle manufacturing."

The interactive infographic above provides most of the details of the study and Table 6 (image to your right) gives more info.  Aside from those, here are some additional findings, as pointed out by Climate Central: