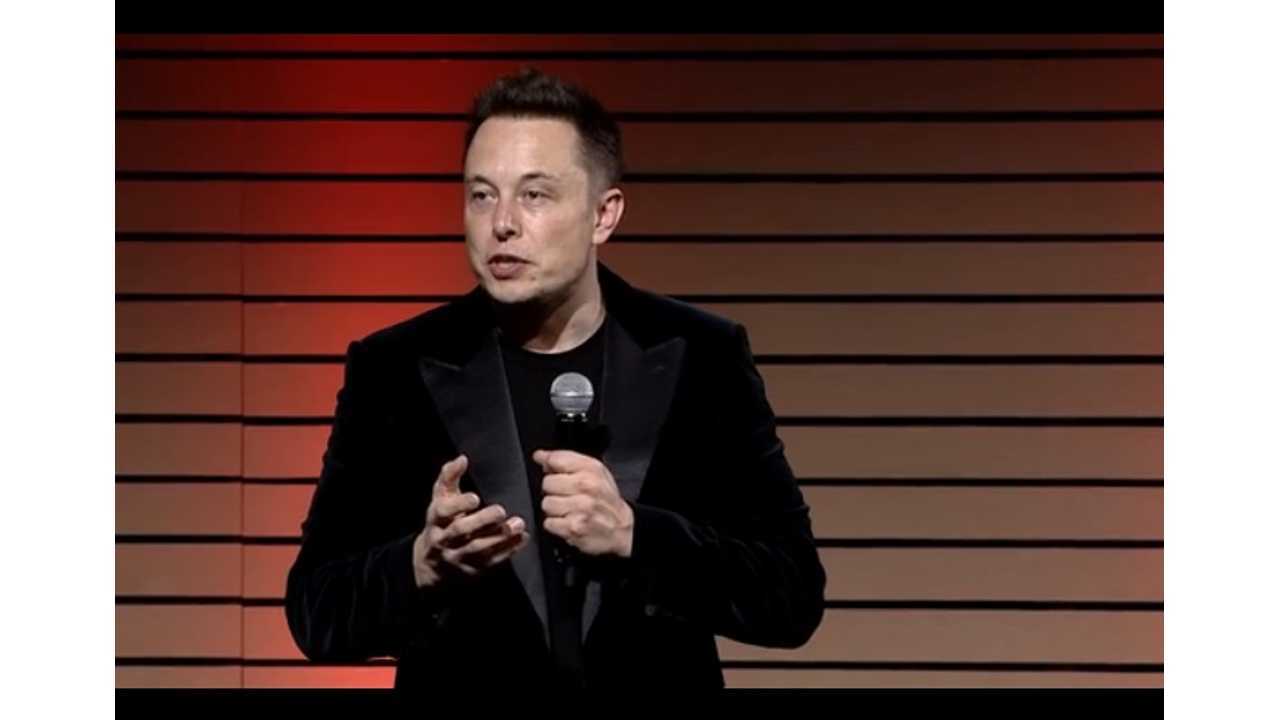 After posting a 2nd quarter profit (ex-items) of $26 million, or a $30.5 million loss according to GAAP, Tesla management held a live question & answer discussing the result, and to talk about the future.

We'll highlight some of the points of interest over the 45 minute call.

Goldman Sachs - In regards to margins, ex-ZEV credits at 10%, how does Tesla get to 25%

Deepak Ajuja (CFO) corrects the analyst, says it is more like 13% now

CEO Elon Musk says that "we are about 12 points away from getting to the 25% gross margin target" and that the company increased that number by 8 points between Q1 and Q2, which was a big improvement but Tesla still has a "significant hill to climb" but feels confident about getting to 25%

Adds that things needs to be in place next month in order to achieve that number, and because that is not very far away, that is why Tesla has the visibility to re-affirm that 25% gross margin guidance for the fourth quarter.

Elon Musk:  Tesla is "hard at work on the Model X" and refining the design.  Adds that the company expects to deliver a "small number of units at the end of next year," with volume production in 2015.

The Tesla CEO adds that he thinks there are still some things they can do to improve the Model X over the prototype shown earlier.  "I think there is room to make it better...we are going to push pretty hard to make it better than what people have seen."

Elon Musk:  In terms of expenditures Tesla is focused on the Model S than anything else.  Notes Tesla has got a right hand drive Model S that is coming out in the spring, after that is a "China version," then a Japan right hand drive version, as well as more work in Europe.

However, the Model X is taking more of a main priority at the executive level, and Mr. Musk says that he himself is "allocating an increasing portion of my time to that every week."  Notes that by the end of the year it will become the top priority for him.

Dougherty & Company - When does the next generation come into play? Is it a timing thing, or is it a cost of the battery?

Elon Musk: Currently, allocation less than 5% advanced planning on the car.  But for things like 'How many batteries do you need for it' - Musk notes the large size of the undertaking, sees it "exceeding the entire laptop industry by a decent margin" and notes they will need new cell factories built.

"I see a fairly clear path to that (gen III) vehicle. I have high confidence that we can create a compelling cog for around $35,000, and by compelling meaning a 200 mile range."

Morgan Stanley - Asks about the 40,000 unit sales comment by late 2014...the metrics behind it, and sales forecasts in places like Asia and Europe

The CEO says that "right now" Tesla is selling in North America at 20,000 units a year (which is probably based on the math of  the 10,050 cars that were sold during the first 6 months).  Musk notes that Europe should be a similar sized market to North America, but that China is actually bigger, even without including other areas in the rest of the world.

"...it seems like that's a pretty safe number (40,000) to assume. We probably got some potential upside from that number."

Morgan Stanley - Asks about Elon's  thoughts on the recently released BMW i3, that starts from $41,350 for the all-electric, $45,200 for the extended range version

Obviously this is a loaded question the CEO can't really answer, but Elon says that he is glad to see that BMW is bringing an electric car to market.

"That's cool...I think there is room to improve on the i3 and I hope that they do."

Musk says that he honestly does encourage other manufacturers to bring electric cars to the market because it is a good thing.  They need to then keep improving and making "better and better" electric cars, adding that advancement is what is "going to result in humanity achieving a sustainable transportation future."

Barclays Capital - Question about $35,000 price point - before or after tax credits?  Follow-up:  Some feel small format batteries aren't the right way to go, but rather large format.

Elon Musk:  Helpful to have credits, but Tesla is not counting on them.

On batteries, Musk says the 18650 format is the best, and has decent margins, and he feels he can put more kWh hours in a space over the larger format, while noting it has a fairly efficient manufacturing process.

Deutsche Bank - Asks about North American order flow, specifically what the annualized basis is right now, as well as order rates in Europe.  How are they trending?

Elon Musk Sees Demand At No More Than 20,000 Units In The Near Future

Mr. Musk says he won't get specific, reiterates it is around 20,000 in North America now.  "We are not trying to push it higher because it is pointless to push volume when you don't have the production to meet it."

The CEO feels demand at a later date won't be more than 20,000 until Tesla has more service centers, more boutique stores and the Supercharger network has expanded into more of the US.

Ditto for Europe.  Production constraints means they are not pushing sales very hard - a car ordered today in Europe won't be received until November.   Adds that looking at demand, greater Europe is actually higher than North America right now.  Specific to the more premium trim levels of the Model S, Europe is ahead of North America.