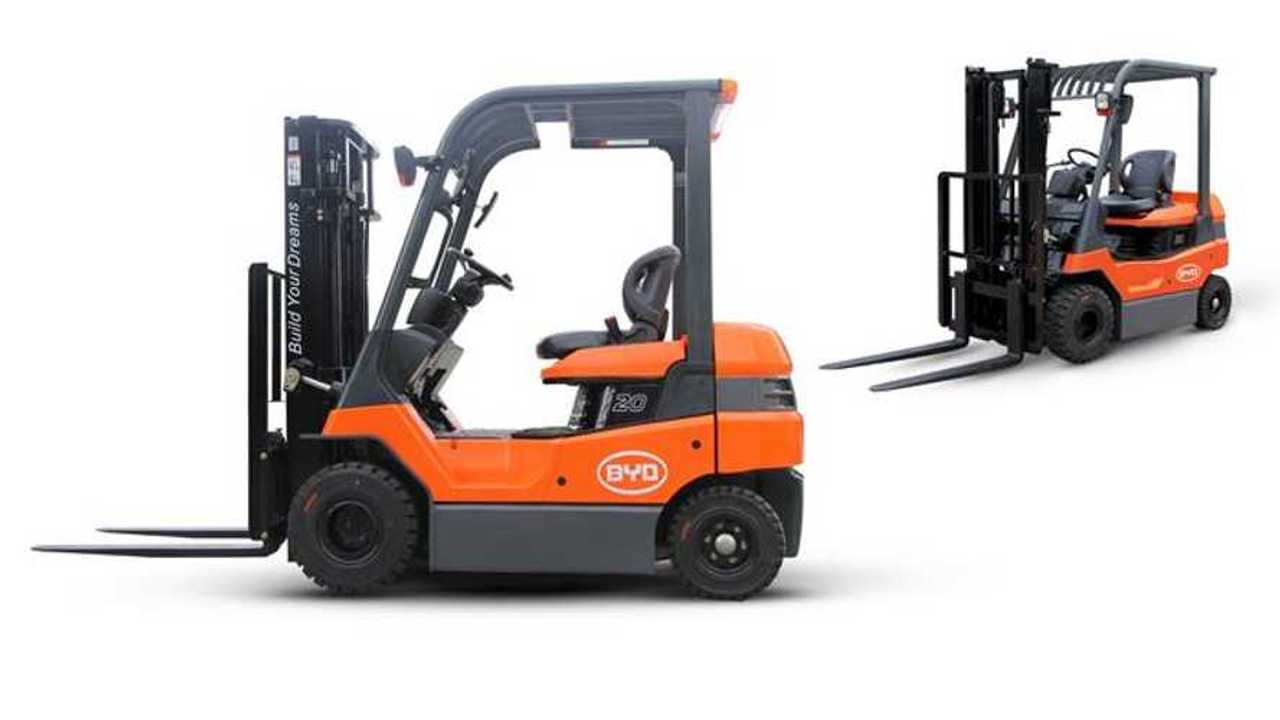 Now, BYD is venturing out by entering a new segment: electric forklifts.

A few days ago, BYD opened a new assembly facility where it will produce the BYD 3.5T electric forklift with its own LiFePO4 cells:

"On August 2, BYD Shaoguan Industrial Park held a grand opening event, displaying its assembly line of the world's first iron battery-powered BYD new energy 3.5T electric forklift. The event featured a ribbon-cutting ceremony. Shaoguan Municipal Party Secretary Zheng Zhentao, Mayor Yi Xuefeng, BYD president Wang Chuanfu, senior vice president Wang Nianqiang and various representatives from government and professional media were present at the event. Wang pointed out that the new energy forklift truck industry will be the future of the forklift development. He stressed that the BYD forklift will not only be an innovation as a technology and a product but will also pave the way for an innovative market."

BYD is saying that this newest product has a long life, a high change/discharge rate and is virtually maintenance-free.

According to the BYD press release, the 3.5T forklift truck accounted for approximately 50% of forklift sales in China's market and 80% are powered by fuel rather than electricity.

This is the goal for BYD - to electrify the 3.5T segment with powerful LiFePO4 cells.