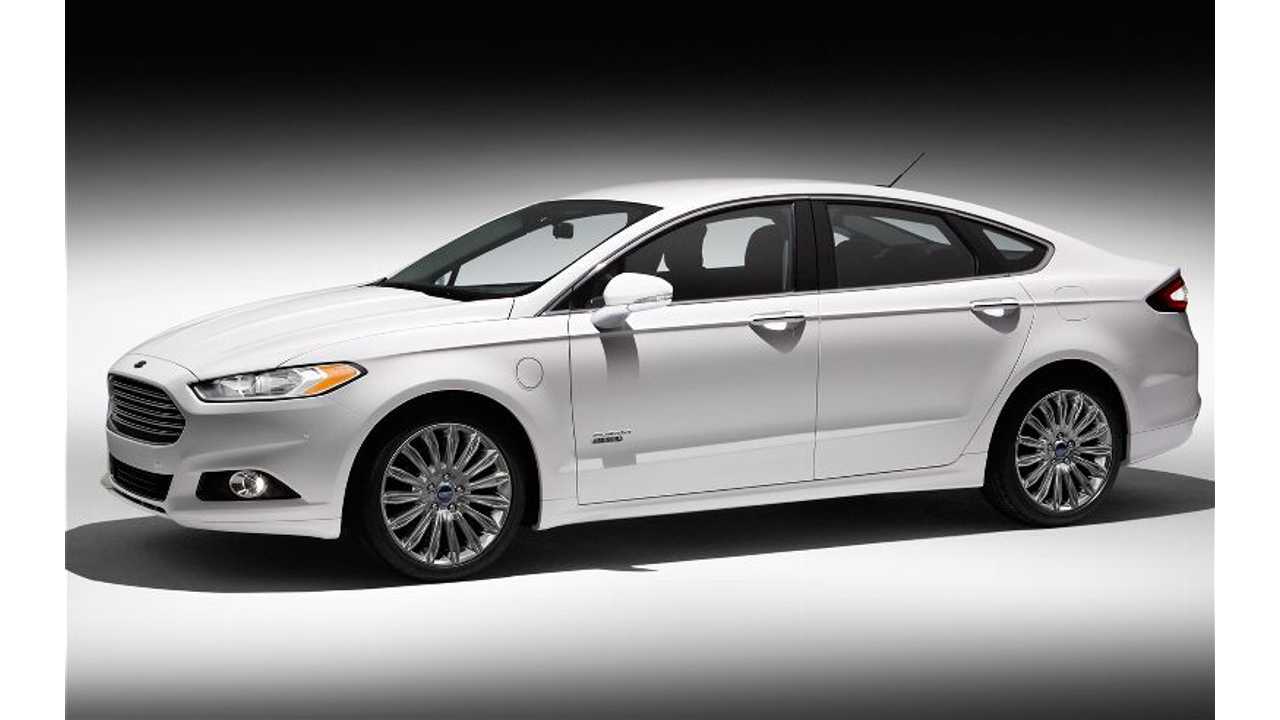 It is perhaps not fair to say that Ford has discounted the Fusion Energi and C-Max Energi in response to the recent $5,000 MSRP price drop on the 2014 Chevrolet Vol,(down to $34,995) , as they actually started discounting their plug-in lineup before the official announcement was made...but it made for a sexier title.

However, we are pretty sure that the prospect of going up against a significantly lower priced extended range Chevy had more than a little something to do with Ford's deep discounting of their EV lineup.

It should be noted that Ford actually kicked off the 2014 model year MSRP-slashing frenzy about a month ago, as they shaved $4,000 off the price of their all-electric, 76 mile, Focus Electric - the Ford EV now starts from $35,200.

The deals from Ford:

UPDATE: August 8th - Little pricing snafu with the C-Max Energi, it now appears the new discount is $1,250 + $3,750 federal rebate, and the not $3,750 as earlier reported this morning - article updated to reflect the change

The Fusion Energi Has Both A Comfortable And Appealing Interior Design

Ford still wants to sell plug-in cars - which is great news.  And in a environment that seems to involve everyone outside of Tesla slashing starting MSRPs, Ford has followed suit - if not lead the party this year.

However, where Ford has painted themselves into a corner of sorts, is with the 2014 model year Fusion Energi.

Rebates tend to work for awhile, then don't.  They just don't get national media attention in advertising or hit the public consciousness the same way - and it also caps the amount of further competitive discounting that can be effective in moving product.

Thankfully for Ford with the C-Max Energi, some wonky (technical terminology we journalists use that means "not normal") production schedules means there is still no 2014 edition of the C-Max Energi - or 2014 pricing.  Which means you can bet with some fairly disappointing sales under the C-Max Energi's belt this year, a new MSRP is definitely incoming.

Overall, it is only more good news for the plug-in buying public.