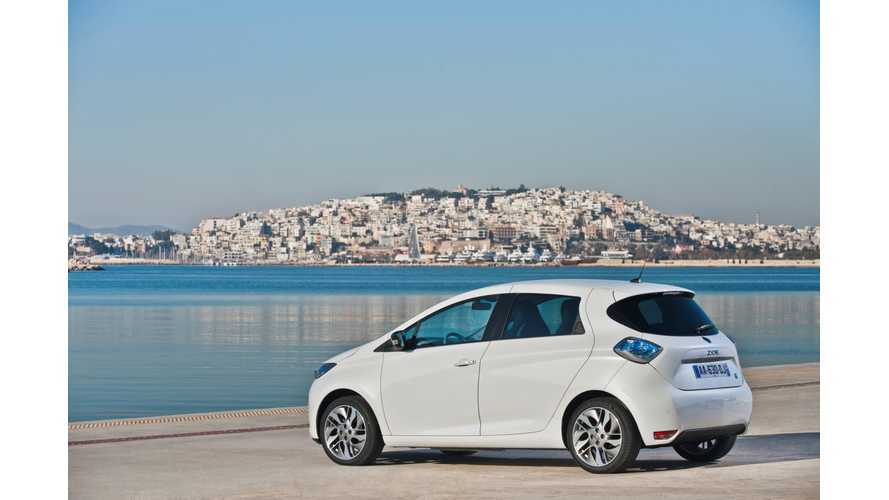 July was a slower month in terms of electric vehicles sales around the world.

In France - to date, the largest European market - only 492 EV passenger vehicles were registered. This is the worst result since January, but is perhaps related to the shortened selling month due to some holidays.

The Flagship French electric car, Renault ZOE, logged only 348 sales in France this July. This is indeed a very low number, especially when compared to June (764) and April (1,089).

Moreover, it seems that Nissan LEAF wasn't affected by the holidays because its 97 sales is basically the norm for several months.

So, maybe there are not as many eager ZOE buyers as expected? To know if that's the case, we must wait until later in the year.

The rest of the 47 electric vehicles registered in France in July break down like this: 25 Mia Electric, 10 Bolloré Bluecars, 7 Mitsubishi i-MiEVs, four electric smarts and one Peugeot iOn. Renault Fluence Z.E. sales were 0 and Citroen C-Zero...umm... zero.