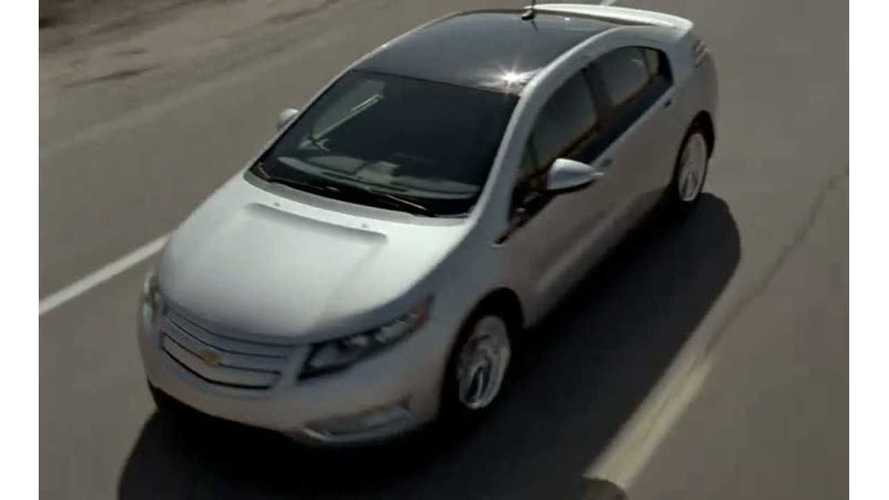 General Motors has announced that the 2014 model year of the Chevrolet Volt will come with more than just some new color choices (Ashen Gray Metallic and Brownstone Metallic), it will also come with a significiant MSRP reduction of $5,000, putting the rest of the plug-in competition on notice that GM is serious about being the best selling plug-in for America.

"The lower price and cost savings from driving on electricity provide Volt owners an unmatched balance of technology, capability and cost of ownership.  The 2014 Volt will offer the same impressive list of features, but for $5,000 less." - Don Johnson (yes that is his real name), U.S. vice president, Chevrolet sales and service.

GM also notes that with the federal government's plug-in credit program, the Volt could cost as low as $27,495.

In a GM statement, Johnson said, “We have made great strides in reducing costs as we gain experience with electric vehicles and their components.  In fact, the Volt has seen an increase in battery range and the addition of creature comforts, such as a leather-wrapped steering wheel and MyLink, since its launch in 2010.”

Previously this year, GM had effectively cut the 2013 MY Volt's MSRP by $4,000 through rebate programs, perhaps in response to the new entry level 2013 Nissan LEAF, which started at $28,800.  A reduction in 2014 pricing was expected, but not to this magnitude.

Without the price drop, GM perhaps would have faced some pricing pressure from BMW, whose i3 started from $41,350, and from $45,200 with range extended option, only about $6,000 more.  Now, that potential issue has been put to bed.

We feel confident that this significant reduction will cement the Chevrolet Volt's "best seller" status in the United States for the remainder of the year and throughout 2014.

The 2013 Chevrolet Volt saw a battery capacity increase from 16 kWh to 16.5 kWh, as well as some great efficiencies that lead to the EPA revising its all electric range from 35 miles to 38 miles.  Total range of the plug-in extended range remains at 380 miles for 2014.

The Volt is also still eligible for the "green" California HOV stickers through its low emissions package.  That program is capped at 40,000 stickers and should remain available for the bulk of the 2014 MY Volt selling program.

At time of press no revised national lease deal/rates have been made available.