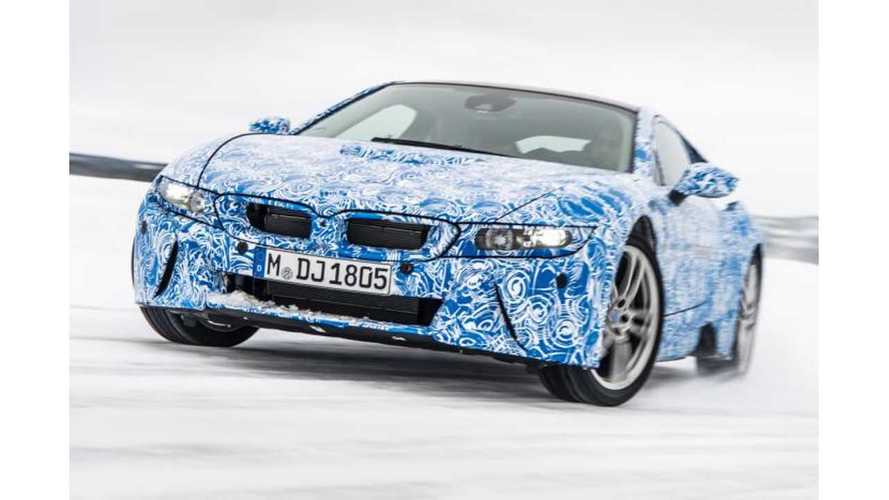 BMW i8 in Cold Weather Testing

The 2015 BMW i8 plug-in hybrid will make its worldwide debut in production form at the 2013 Frankfurt Motor Show in September.

The i8 follows the i3, but it's the i8 that will be the flagship of BMW's i sub-brand.

Though few confirmed i8 details exist, we have some well-sourced predictions:

It's believed that the 2015 i8 will go on sale shortly after the i3 launches in the US in Q2 of 2014.  The launch scheduled for the i8 has not been confirmed, so we have no way of knowing if the US will be the first to get the i8 or, if like with the i3, the US will have to wait months to get a hold of BMW's ultimate plug-in machine.

In announcing the i8's debut in Frankfurt, BMW stated:

"The BMW i8 is a contemporary sports car perfect for everyday driving.  It combines the performance of a sports car with the consumption of a small car. Thanks to its plug-in hybrid drive, the majority of its day-to-day driving is possible in emission-free, fully electric mode."