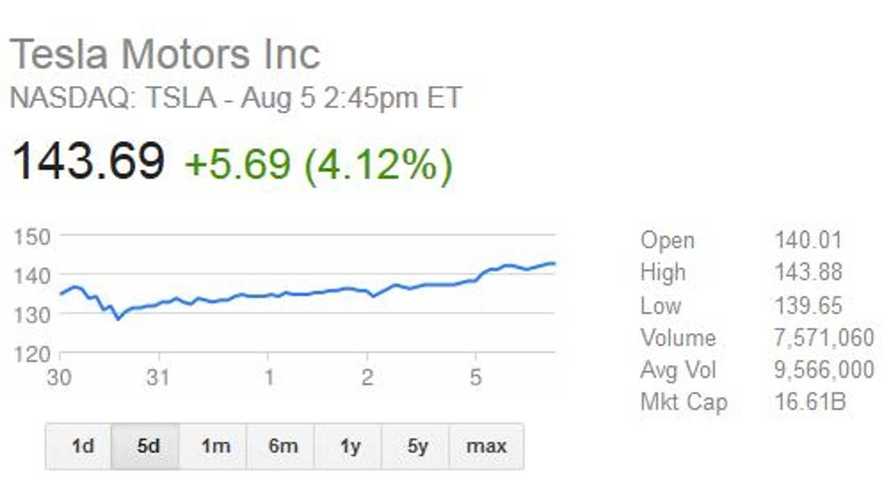 Tesla is Still on a Roll

That Quarter 2 earnings report is now just around the bend, but Tesla is still rolling.

On Monday, Tesla stock continued to climb after opening at almost exactly $140.

It seems there's no fear among stockholders that Tesla will report lower-than-expected earnings.

If that were to be the case, then TSLA will likely take a short-lived plunge.

As of right now, Tesla's market cap is inching its way up towards $17 billion.  With a B!

It'll be interesting tomorrow when Tesla whips out all the information that investors are eager to hear.

Until then (and maybe even after the release of the Q2 earnings report), TSLA will likely continues its drive upwards.