Which Automakers Care About Electric Vehicles The Most? 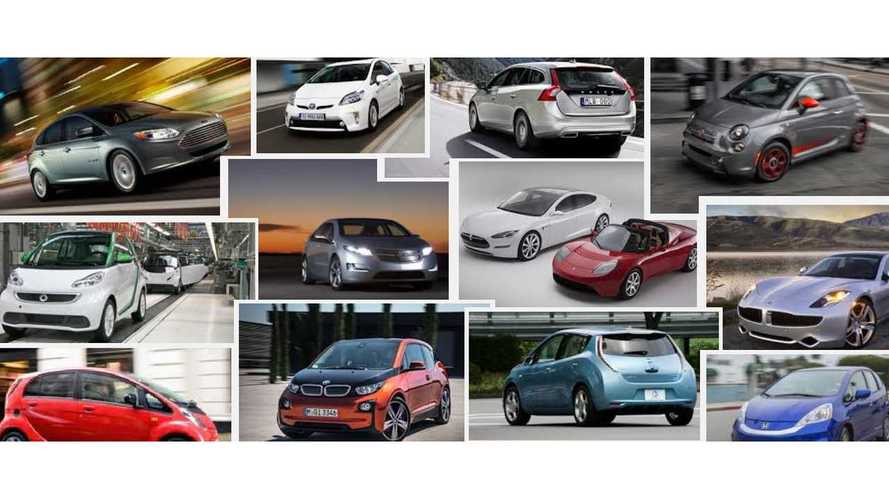 Anyone who follows the plug-in industry knows who the big volume players are in the segment.

Entering each month, we know the top selling plug-in will be the Chevrolet Volt, the Nissan LEAF or the Tesla Model S.  Past those three, the Ford C-Max/Fusion Energi and the Toyota Prius plug-in will do battle for 4th spot.  Past those six, come 8 other smaller sized participants.

However, the volume of sales of one particular car does not necessarily mean that the automaker behind it is any more or less serious about selling electric vehicles.  For some smaller nameplates, it could mean a lot more.  For the sake of this experiment we have excluded Tesla because...well, we know how committed they are to electric vehicles!

For smart, it means almost everything, with close to 7% of monthly sales already being of the plug-in variety.

Now, one can say that smart is part of the Daimler family (which is true) so that invalidates the result, but unlike the Fiat 500e sales that are clearly compliance based to bail out its much larger sibling Chrysler's quickly oncoming CARB deadline, Daimler has a sea of plug-ins arriving in the US after this year, including the new B-Class in early 2014, and a relatively low compliance threshold to meet.

Simply put, smart only sells plug-ins in the United States for the sake of making money.  And when you factor in the average transaction price per vehicle at each of the automakers vs the average selling price of their EVs, plug-ins factor even higher at smart - we estimate more than 11% of total automotive revenue.   (Random factoid: the highest average vehicle transaction price in July was GM at $33,364)

As A Percentage To Sales, Smart's EV Program Is By Far The Largest

Going into the future, smart's plug-in percentages will not be regressing either, as the car will be made even more widely available.   We spoke to Mark Webster, General Manager of smart, recently about this very topic:

Looking ahead, and at your current total sales for the smart brand...are you are looking for the smart ED to range between 10% & 15% of that?

"Yes, well we will go with a 50 state launch in October, so we expect a little bit of an increase for October, but for right now we will just be in those 8 states and probably get a little bit more than those 60 per month until October, then we think it will go up a little bit after that."

It is also worth noting that smart Canada sold 25 Electric Drives (and only 210 petrol cars), bringing the North American total to 82 plug-ins sold against 1,013 gas cars - for a cumulative total of 7.5% or about 12.5% of all new car revenue for the company.

So, do the cold hard numbers today speak 100% for an automobile maker's commitment to electric vehicles?  No - of course not.  It is not reasonable to expect GM, Nissan, or Ford to be selling 20,000+ plug-ins each month at this point - maybe in 2019. However, we felt that it is an interesting exercise nonetheless.

It is also worth noting some other fairly large players are late to the party entirely - Daimler, BMW, Hyundai/Kia, Subaru, Volvo have mostly sold nothing so far.  Once again, being late does not mean they don't care.

What we have now is some good starts by some automakers, and some no-so-good attempts by others. But what will really be of interest is what the list looks like a couple years from now...
++