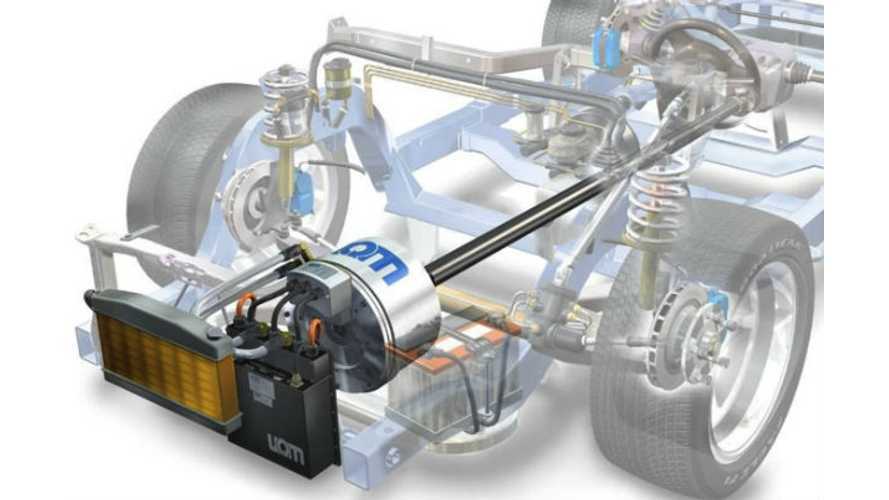 Despite solidified and expanded relationships with existing customers like Boulder Electric Vehicle, EVI and Proterra, UQM Technologies' revenues fell down to $1.95 million in Q2, compared to $2.4 million at this time last year.  However, it is slightly encouraging that revenues are a bit higher than in Q1.

Regardless, the Colorado-based manufacturer of motors, generators and power electronic controllers is still reporting losses. For Q2 it was $0.9 million vs $1.3 in 2012.

With today's margins, sales need to be around 3 times higher for UQM to break even.

"In the first quarter, we continued to execute on our stated strategic priorities to expand our worldwide presence, launch new products for our major markets and run a cost efficient company. We solidified and expanded relationships with existing customers EVI and Boulder EV, and also signed a new agreement with Zenith Motors. With the launch of our PowerPhase HD® 950T, we continue to bring new and innovative products to the market and expand our portfolio. In addition, we began to see the positive financial benefits from our ongoing cost management efforts."

In the 10-Q report we see that UQM Technologies is seeking orders from Chinese National Electric Vehicle Sweden that bought out SAAB and/or other Chinese automakers:

"Also, National Electric Vehicle Sweden AB ("NEVS"), formerly SAAB, has announced that the Chinese city of Qingdao had approved a cash investment to purchase 22 percent of NEVS. NEVS has announced their intention to enter the electric vehicle market in 2014. In the past, we have supplied SAAB with electric propulsion systems for their test programs, and we are currently in discussions with NEVS to supply our products to them."

"We are in discussions with several potential Chinese partners for both all-electric and hybrid-electric vehicles. We have signed a Memorandum of Understanding with one major Chinese company for the development and marketing of UQM electric propulsion systems for new energy vehicles in China. This agreement expands the global reach of UQM, and represents the initial step in our strategy to penetrate the Chinese market with our leading electric propulsion products. Under the agreement, UQM and its China-based partner will work collaboratively to introduce UQM products into the Chinese market for use in new energy vehicles. The China State Council published its new energy vehicles plan in July, 2012, setting a goal of 500,000 energy-efficient and clean vehicles on the road in China by 2015, and five million vehicles by 2020."