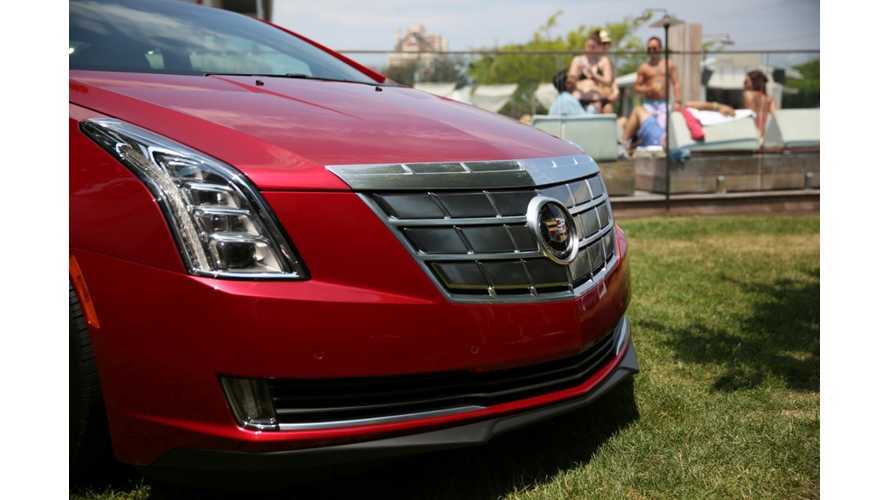 "Ultrasonic welding, a high-tech manufacturing process used in the aerospace and medical industries, is helping ensure high quality for the new Cadillac ELR extended-range electric luxury coupe that goes on sale in North America in early 2014."

Yes, that's the same process that's been used on the Chevy Volt since its introduction way back when, so we won't bore you with the details.

But there are a few aspects worth mentioning.  Like this:

"Every ELR battery, for example, has close to 200 ultrasonic welds."

The rest is mostly boring press material, though this bit of spec stuff caught our eye:

"The ELR’s T-shaped battery pack is located along the centerline of the vehicle, between the front and rear wheels for optimal weight distribution. The 5.5-foot-long (1.6 m), 435-pound (198 kg) pack supplies energy to an advanced electric drive unit capable of 295 lb-ft of instant torque (400 Nm) to propel the vehicle. Using only the energy stored in the battery, the ELR will deliver a GM-estimated range of about 35 miles (56 km) of pure electric driving, depending on terrain, driving techniques and temperature."

We'd of love to see video of the ultrasonic welding process as it happens, but unfortunately GM only provided the image seen above.  We're sure the process is quite remarkable, but it's been around for so long now that it's hardly breakthrough technology.

But just in case you want to know, yes the Caddilac ELR battery pack gets assemble in the same way as does the one that powers the Chevy Volt.