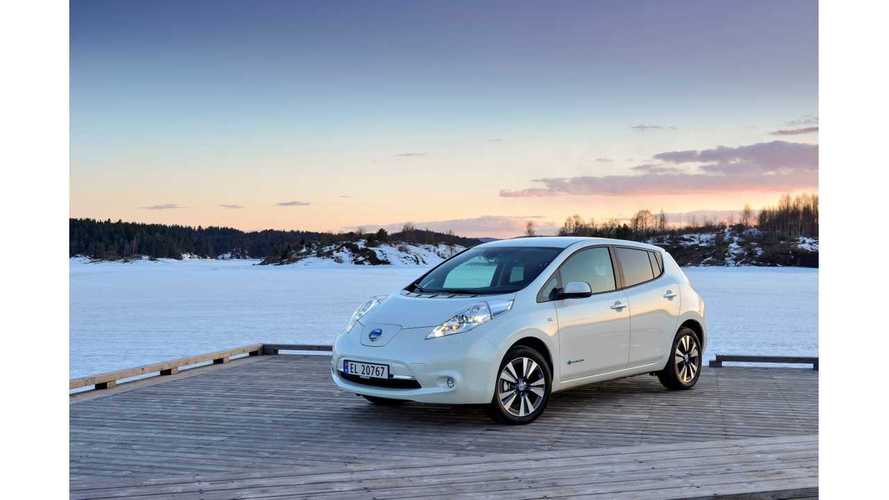 268 Nissan LEAFs were registered in July in Norway, which led the Japanese automaker to take the #7 place on the top ten list and to capture 2.4% of the new passenger vehicle market.

Tesla Model S and Roadster...Both Still Available For Sale In Europe (While Supplies Last On The Roadster Anyway)

LEAF still is king of electrics in Norway, because only 10 other units were sold in July (and two vans, to be accurate). So, for now, Tesla is not making big dent with only 5 registrations, but it probably will in August when Model S volume deliveries begin.

"We’ll be celebrating the arrival of the first European cars with delivery events in Oslo, Zurich and Tilburg in August. This initial activity will begin the ramp up of European deliveries, so if you have a Model S order, look out for a delivery email arriving in your inbox soon."

So, if we exclude Nissan and Tesla, then only 5 other electrics were sold in Norway among all other automakers, which shows us that soon only the LEAF and Model S will matter there.