Even Costa Rica is Home to Some Plug-In Vehicles 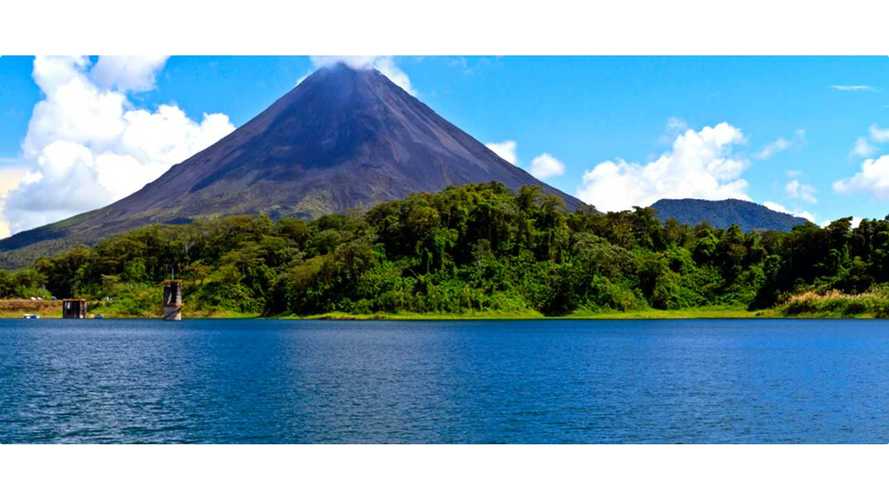 "Costa Rica was cited by the United Nations United Nations Development Programme (UNDP) in 2010 as one of the countries that have attained much higher human development than other countries at the same income levels and, in 2011, was highlighted by UNDP for being a good performer on environmental sustainability and having a better record on human development and inequality than the median of their region. It was also the only country to meet all five criteria established to measure environmental sustainability. The country is ranked fifth in the world, and first among the Americas, in terms of the 2012 Environmental Performance Index." - states Wikipedia.

All that was achieved with nary a plug-in vehicle on Costa Rican roads.

That's changing now though as even Costa Rica is seeing an uptick in plug-in vehicle registrations.

Costa Rica’s goal of achieving carbon neutrality by 2021 is achievable, but only if plug-in vehicles become common there.

Over the past 5 years, only 157 hybrid and electric vehicles were registered in Costa Rica.  That's a low figure for sure, but there are signs that the times are a changin'.

In 2012, Costa Rica had a record number of hybrid and electric vehicles registered.  Yes, it was only 55, but the Costa Rican automotive market is small.  In fact, only 16,000 new automobiles were sold in Costa Rica in all of 2012.

Costa Ricans typically import used vehicles, rather than buying new.  Therefore, it'll be awhile before an influx of used hybrid and plug-in vehicles are available to Costa Ricans, but plug-ins are trending upwards in the Central American nation, so there's definitely hope.