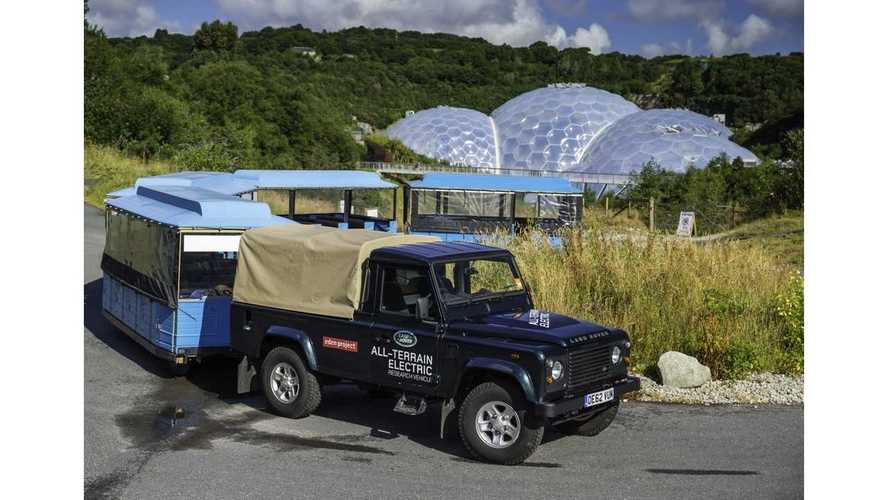 The all-terrain 4x4 prototype vehicle, unveiled earlier this year at this Geneva Motor Show, will be used to transport Eden Project visitors around the site towing a 12 ton road train up a 6 percent incline. Four-carriages can haul up to 60 passengers.

The range of Electric Defender is around 50 miles with a reserve of 12.5 miles.  Jeremy Greenwood, Principal Engineer on the Electric Defender project, stated that energy within the battery will be enough to work a full day:

"The car has been modified so it now includes a second battery. That will allow it to work a full day at the Eden Project, but also improves weight distribution and stability. In addition, we've linked the land-train's air brakes to the foot pedal of the Land Rover, enhancing safety."

"We're very pleased to be working with Land Rover on this exciting project. It will be a great talking point for our visitors and proves that electric vehicles can be every bit as tough and rugged as their fossil fuel counterparts, while being much quieter, cheaper to run and with zero emissions at the point of use."