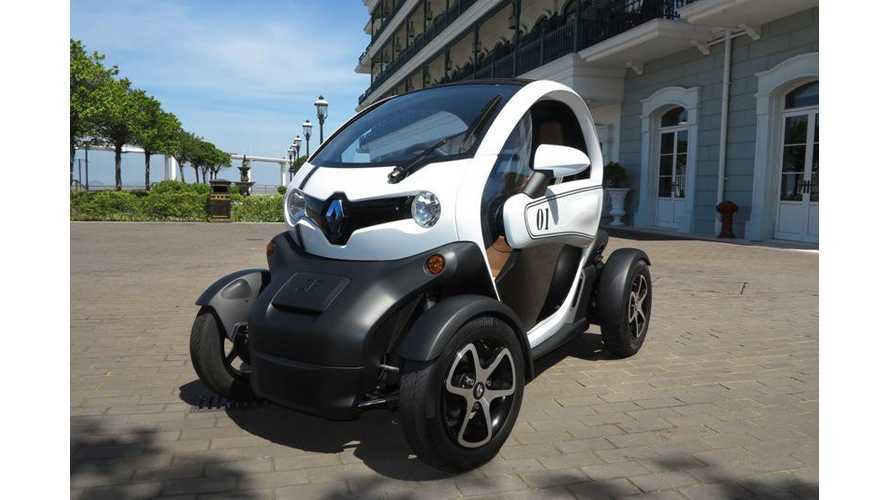 The Renault Twizy is easily one of the most globally available electric vehicles out there today.  Though it's not offered in the US, residents of most other countries can count on seeing a few Twizy here and there.

The latest spot to join the growing Twizy-available-here list is Macau, one of the two special administrative regions of the People's Republic of China, the other being Hong Kong.

Macau is a busy place.  Buses, taxis and casino shuttles crowd the streets on a daily basis.  Aside form Twizy, there's likely not a single electric on the roads of Macau.  Hopefully, that will change soon as the government there is right now in the process of working out the details on installing a charging infrastructure to support plug-in vehicles.

"The government will grant its approval either by the end of this year or in 2014."

"Twizy is a zero-emissions car, built from fiber material and prepared to be water-proof."

Tang likely means rain-proof, as we don't think it would be wise to dunk Twizy in a lake somewhere.