Phillipines and Loas Getting Ready for Influx of 100,000-Plus Electric Vehicles 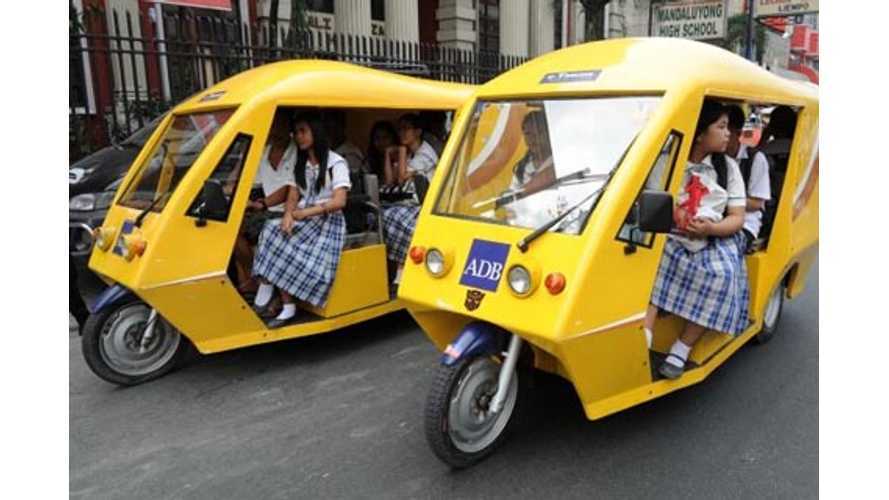 Electric Taxis in the Phillipines

Both the Philippines and Laos are ready to join the electric vehicle bandwagon.

In the Philippines, electric trikes will begin to replace the gas-burning ones currently used as taxis.  These trike taxis are "widely used for share-rides by ordinary people for transportation over short distance," says The Japan News.

The Philippines plans to invest approximately $500 million by 2017 to replace roughly 100,000 of the nation's gas-fueled taxis.  100,000 is just a start though, as the Philippines is home to an estimated 3.5 million gas-burning trikes/taxis.

Meanwhile, in Laos, the government is "implementing a project to convert 40 percent of the nation’s motorcycles, tricycles and four-wheel vehicles into EVs by 2020 with the cooperation of the Japan International Cooperation Agency," according to The Japan News.