Electric Vehicles in Action at the 2013 Pikes Peak Hill Climb 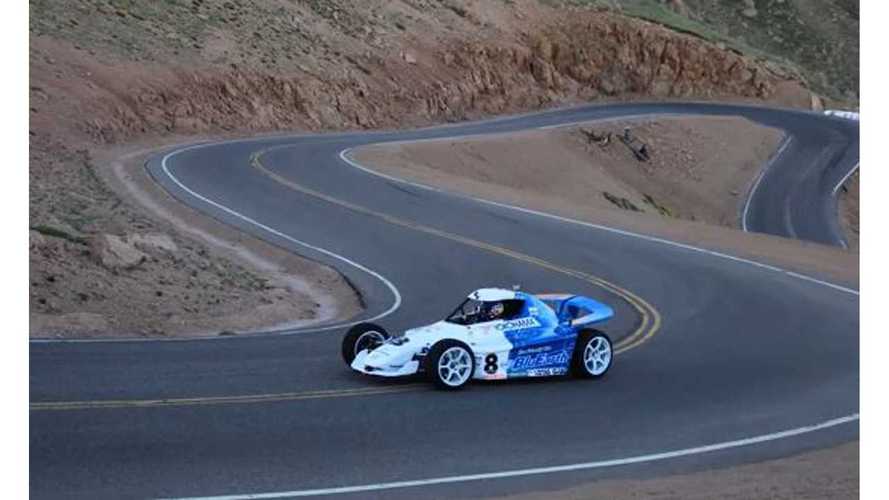 Unfortunately, most of the electric field had to contend with rain during the race.

An electric motorcycle captured overall victory in the two-wheeled class by beating all of the competition, including gassers, too.

And Monster Tajima set a new record for electric vehicles with a time of 9:46.530 time, which is the first ever under 10 minutes for an electric.

But there was way more electric action on the hill and now we have video to prove it.

Check out this near 20-minute clip highlighting the electrics that hit the hill to compete at the 2013 Pikes Peak Hill Climb.