Porsche Predicts That Lifecycle Sales of the Panamera Plug-In Hybrid Will Hit 10,000 Units 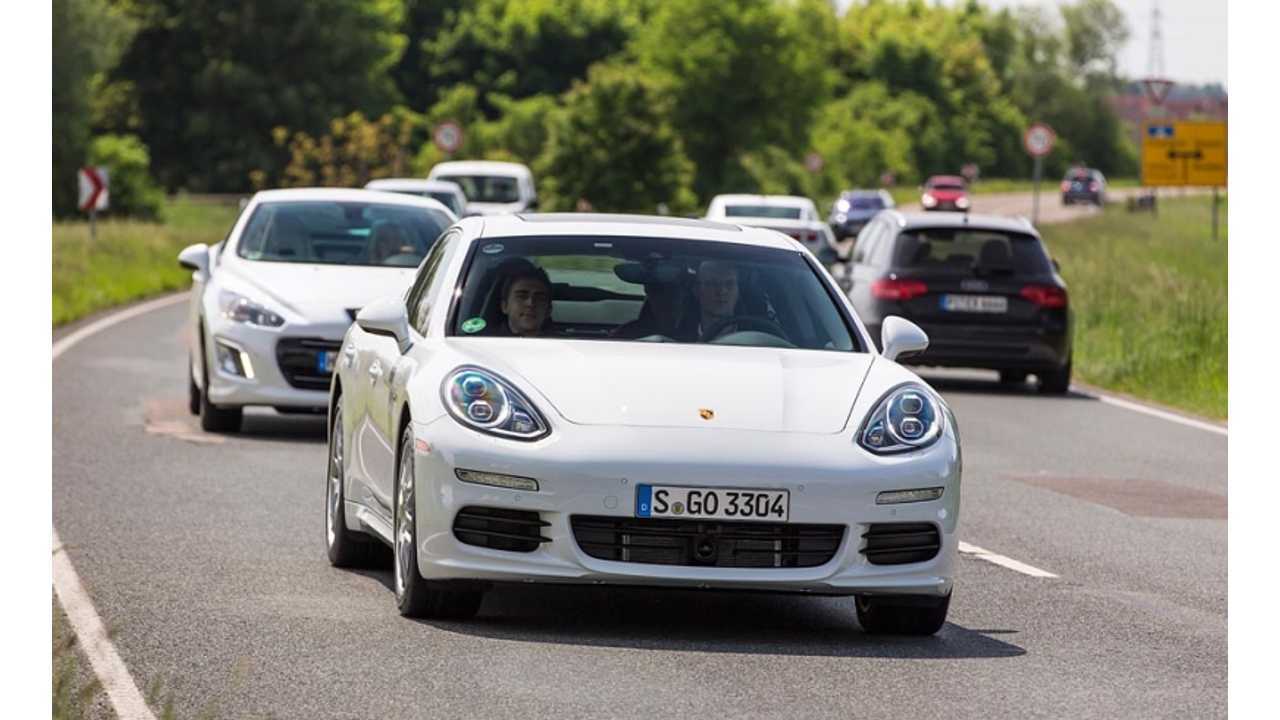 But not Tesla Model S volume.

The plug-in version of the Panamera is predicted to account for roughly 10% of all Panamera sales, which is way up compared to the 5% or so that the previous Panamera hybrid (not a plug in) accounted for.

Porsche expects the US to be the biggest market for the plug-in version of the Panamera.

This expected uptick in sales is claimed to be due to the plug-ins far superior gas mileage and much improved powertrain.

The Panamera S E-Hybrid cranks out a total of 416 horsepower, with the electric motor providing 95 of those horses.

Electricity is stored in a 9.4-kWh lithium-ion battery pack, which is claimed to provide the Panamera S E-Hybrid with 20 miles of electric-only range (NEDC test cycle).

The Panamera S E-hybrid accelerates from 0 to 60 mph in 5.2 seconds