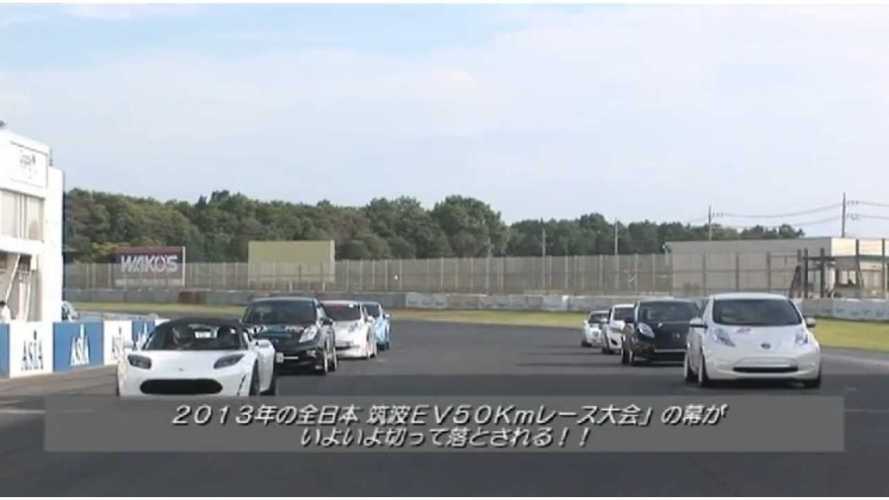 Last weekend, Japan Electric Vehicle Race Association (JEVRA) organized the third round of its All Japan EV-GP Series on the Tsukuba Circuit.

A total of eight cars raced, including one Tesla Roadster, five Nissan LEAFs, one prototype Mazda Demio EV and one conversion.

Unfortunately, from the first round to second and now the third, the number of participants is shrinking.  This last time out, the EV-3 class, which is usually occupied by i-MiEVs, was empty.

The Tesla Roadster of course won with ease, but in EV-2 class, there was a duel between LEAFs with some side-by-side action.

Here are the race results and the championship standing.