Wonder What the Next-Gen Smart Fortwo Electric Drive Will Shape-Up Like? Here's a Glimpse 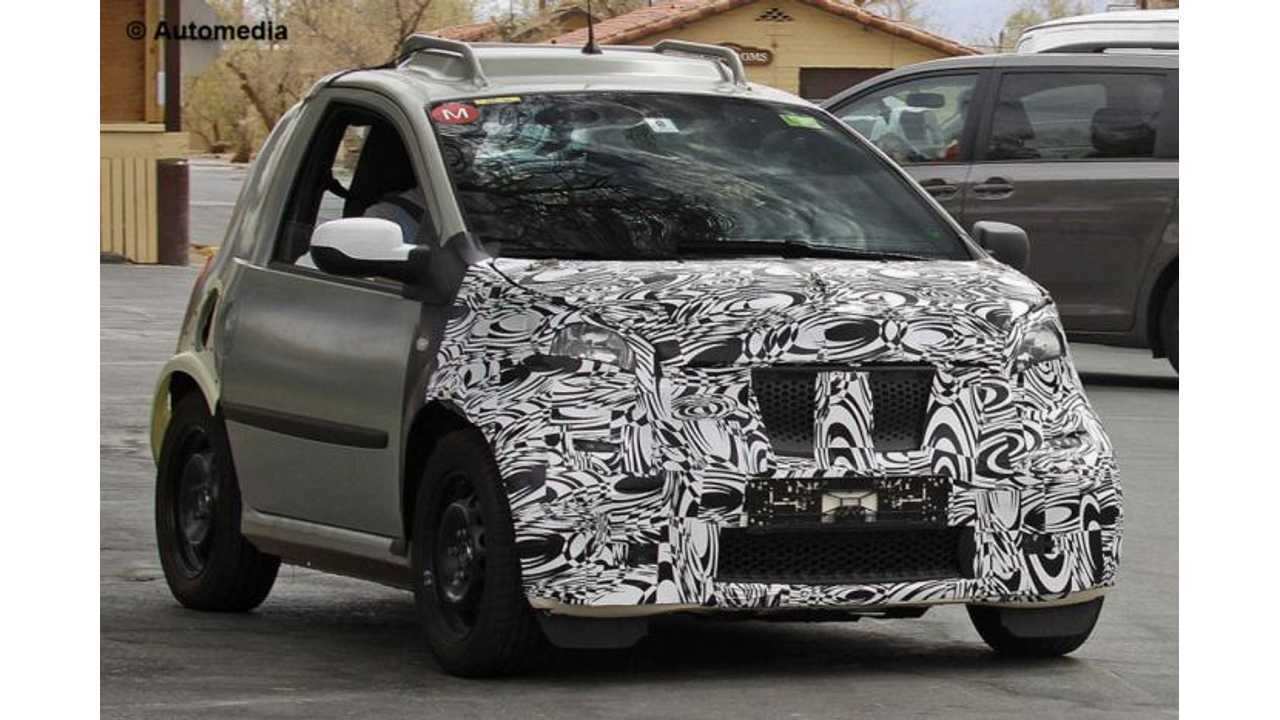 The next-generation Smart Fortwo has been spied testing in the US.

Due to launch in Europe in Spring of 2014, the upcoming Fortwo features the Renault A platform underneath.  It retains the rear-wheel-drive setup  and will likely be powered by a three-cylinder engine that puts out around 90 hp.

Okay, enough ICE talk.  What's this have to do with plug-ins?

Well, the next-gen Fortwo Electric Drive is coming, likely in 2015, and it'll be nearly identical on the outside to the vehicle seen here.

So, in a way, this is your first glimpse of the future Fortwo electric.

Unfortunately, we have to wait awhile before we'll see the electric version on US streets.

If you recall in our exclusive interview with Smart US general manager Mark Webster, the rollout of the future electric Fortwo will be quite a bit after the gas version launches here:

Webster: (The standard version release for) Europe is next year, and we are early 2015….the smart electric vehicle, we will have that a little bit longer in the current model form, just because it is expensive to produce.

InsideEVs: But you still expect that to continue the smart ED over to the new platform sometime in 2015?

Webster: Yes.  We are committed to an electric vehicle with smart.

Translation?  It's coming, but we'll have to wait awhile for it.