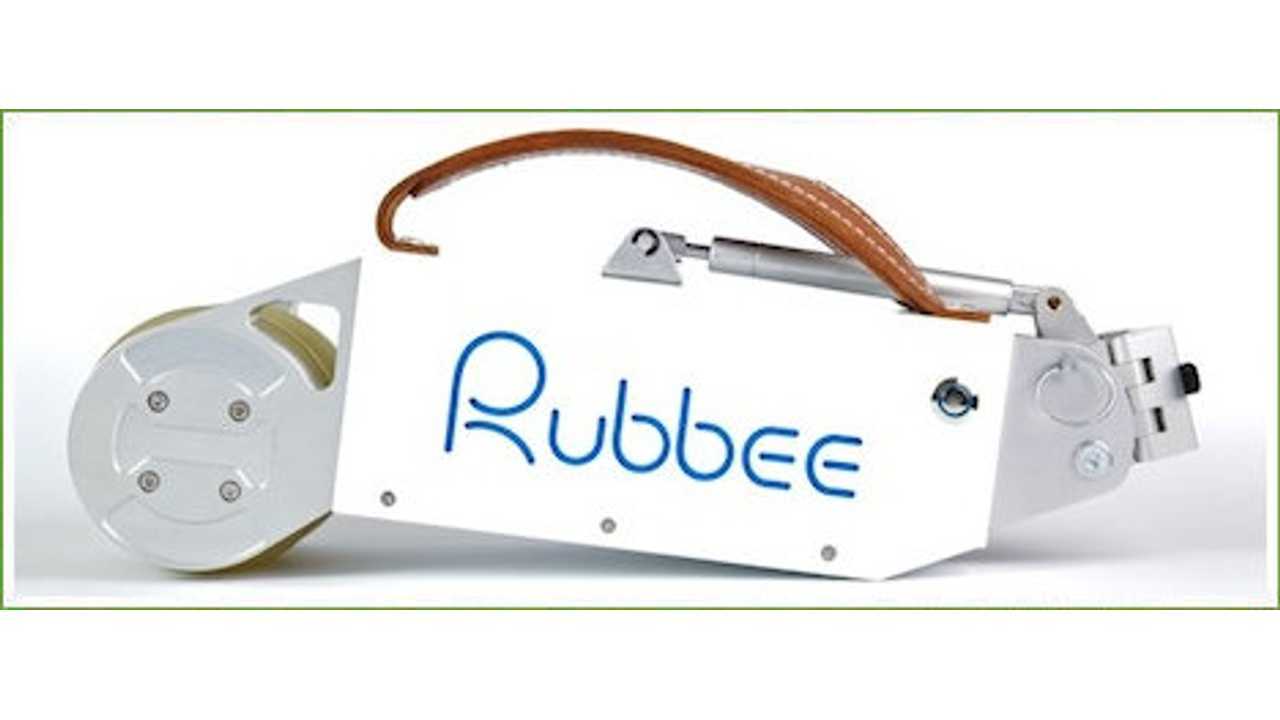 Aug 09, 2013 at 10:06am ET
++
By: Eric Loveday
Say you own a conventional bicycle.  Maybe it's a bit dated and possibly too slow for your tastes.  You could "shape up" to quicken its pace.  You could upgrade to the latest carbon fiber one out there.  Or you could electrify it with Rubbee.

Rubbee is the dream of a London-Based company who's looking for funding via Kickstarter.

Rubbee, to us, is revolutionary.  In less than one minute, Rubbee can electrify almost any bicycle out there.  You simply clamp Rubbee on the seat tube and then make sure that its polyurethane cast friction wheel makes contact with the bike’s back tire.  It weighs only 14 pounds, but provides up to 15 miles of range at speeds of up to 15 mph (both specs are without pedaling done by the cyclist).

The battery pack is housed within the system and can supposedly be charger daily for five years without losing capacity.  A full recharge takes around 2 hours.

The entire unit will retail for $1,073, which isn't cheap, but neither is your average electric bicycle.  The true breakthrough with Rubbee is that it can be installed and removed whenever.  That means that you don't always have to lug around 14 extra pounds on your bike.  Just install it when needed.  It only takes a minute!