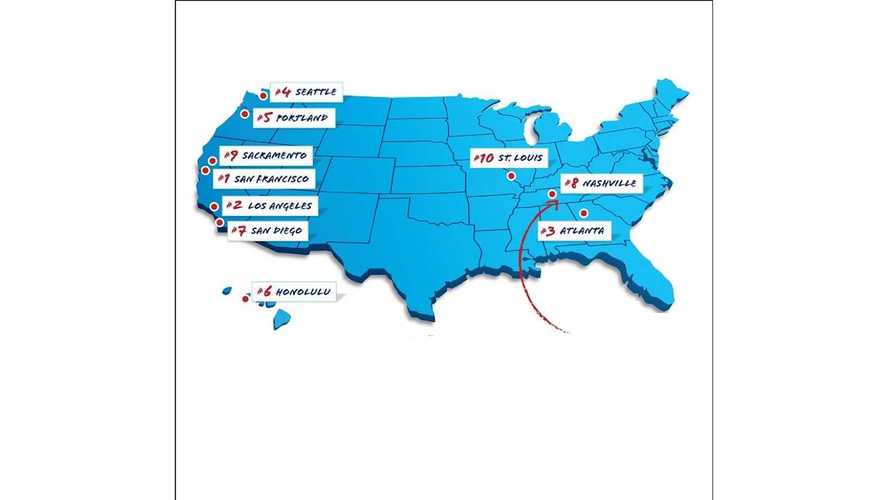 2013 LEAF Stops For A Quick Charge

And while we know pointing to a particular sale and claiming it as 'the magic number 100,000th' sold is logistically impossible, it does allow Nissan to focus national attention on a particular market.

In this case, that market was the United States, and the city of Atlantla, GA - where more than 700 LEAFs have been sold since the new 2013 model year came out.

A promotional video put out by Nissan (below) features that 100K sale, as well as one salesman that sold 11 in a single day; as well as noting that Atlanta is Nissan's 3rd best market in the US.

But where are the other markets?  Here is the top 10 city-areas for the United States.

We assume if this is Nissan's top selling city list, it is also probably the top list for your own favorite plug-in vehicle manufacturer too!  (well, maybe not Nashville)
++Share