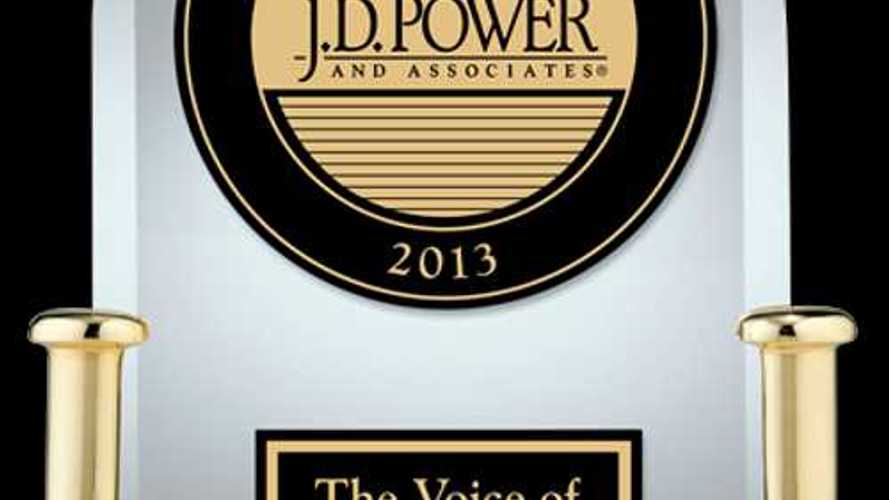 In the "compact car" category, the Chevy Volt is, once again, king of the J.D. Power and Associates Automotive Performance, Execution and Layout (APEAL) Study.  It's a three-peat for the Volt, as it now has captured for award for three years running.

J.D. Power doles out an almost countless number of awards annually, so what makes APEAL unique?  Well, here's how J.D Power describes it:

"The APEAL examines what consumers like about their new vehicles after 90 days of ownership. Often referred to as "things gone right," APEAL is based on eight categories of vehicle performance and design: engine/transmission; ride, handling and braking; comfort/convenience; seats; cockpit/instrument panel; heating, ventilation and cooling; sound system; and styling/exterior."

"The APEAL Study, now in its 18th year, was completely revised for 2013: updated to better measure the appeal of today's vehicles, particularly with respect to the new technologies and features now being offered. Participants in the study are owners and lessees of new vehicles, who evaluate their purchases across 77 attributes. Based on verified owner responses, each car, truck, SUV or van model receives an overall APEAL score (based on a 1,000-point scale). Models are further grouped into vehicle segments, so that models of a similar type may be compared, i.e., the APEAL score of one premium car can be compared with other premium cars."

It should be noted that no other plug-in vehicle has ever topped J.D Powers' APEAL study in any vehicle segment.  So, the Volt is supreme here.

The 2013 APEAL Study is based on responses gathered between February and May 2013 from more than 83,000 purchasers and lessees of new 2013 model year cars and light trucks, who were surveyed after the first 90 days of ownership. The APEAL Study complements the Initial Quality Study (IQS), which focuses on problems experienced by owners during the first 90 days of ownership.