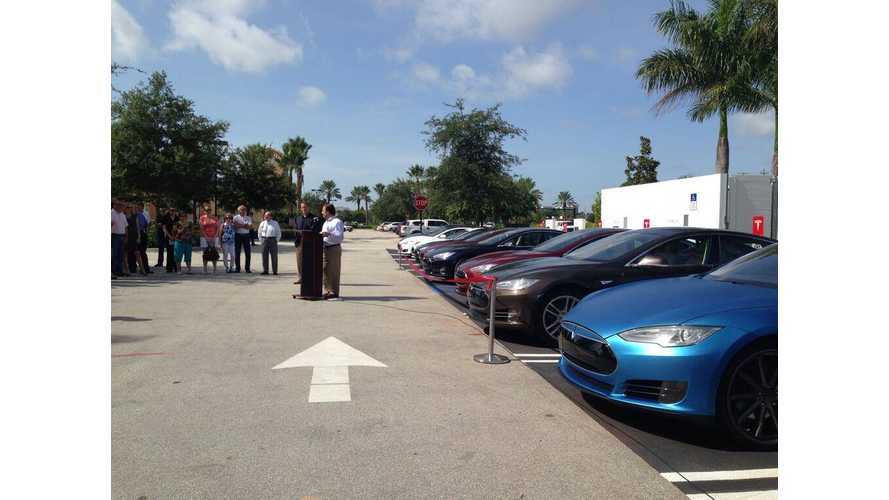 It took less than two months from groundbreaking to completion and now it's online.

Those were the words of Tesla Motors in celebrating the launch of its latest Supercharger station.

This station offers 8 charging points and is located in Port St. Lucie Florida.  This is the first of several (at least 3 in the very near future and then more after that) planned Superchargers for the state.

The opening of the Supercharger site brings Tesla's total up to 16.

We've confirmed that Tesla pulled permits for construction of dozens of additional Superchargers and since we now know that these can be whipped into action in less than two month's time, we expect to see several more Superchargers functional in the coming weeks.