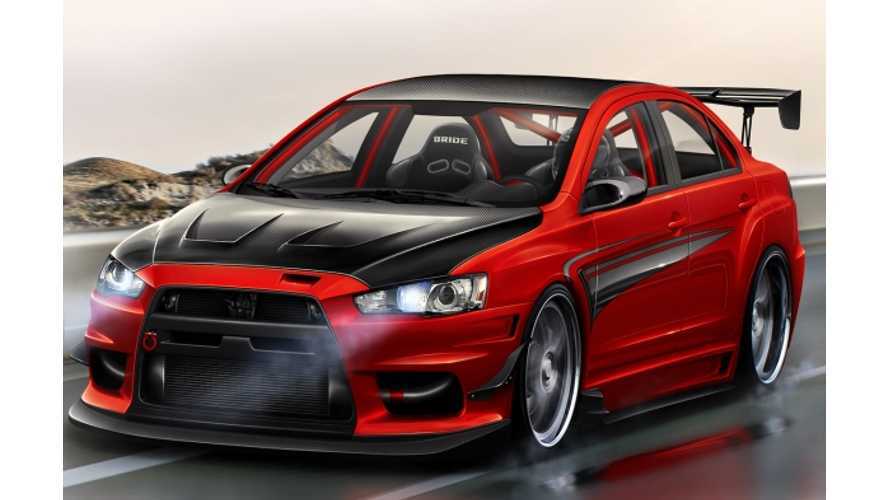 In 2014, Mitsubishi will launch its next-generation compact Lancer.  At some later point, a plug-in hybrid version is expected to join the Lancer lineup, but what's to become of the king of compacts: the Mitsubishi Lancer Evolution or Mitsubishi Evo?

Well, according to Autocar, if a next-generation Evo does appear, it'll likely feature a 500-plus HP plug-in hybrid setup.

Autocar does say that the next-gen Evo is in the early stages of development and that its launch sort of depends on the success of the Mitsubishi Outlander PHEV.  That plug-in hybrid SUV/Crossover is selling exceptionally well in Japan and should be hot when it hits US shores sometime in 2014.

The next-gen Evo is still years away, but for those looking for a capable plug-in hybrid that can crush the competition, it might be worth the extended wait.

Autocar believes the Evo PHEV will make use of a highly pumped-up version of the 2.0-liter gasser found in the plug-in Outlander.  Two 80-plus HP electric motors will likely be found in the next-gen Evo and electric-only range should be in the 40-ish mile area.  If all this turns out to be true, then the PHEV Evo could become the king of plug-in hybrids.