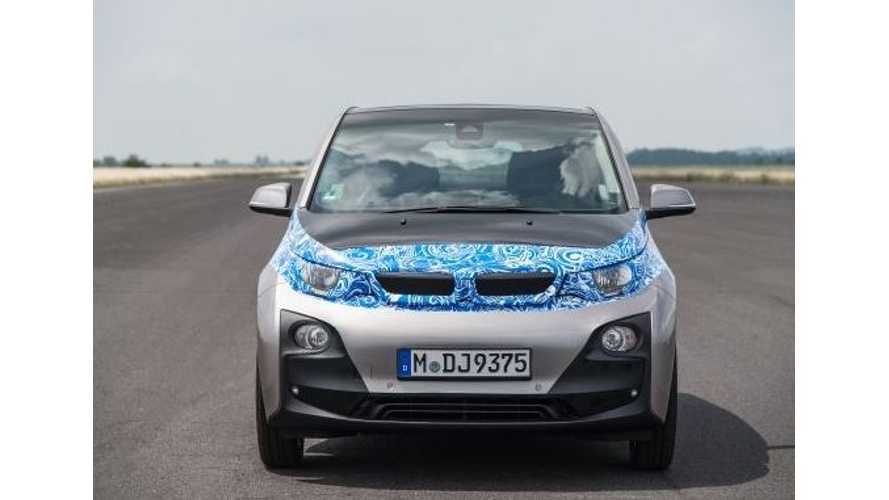 "It will arrive in US showrooms in the second quarter of 2014."

Four months ago, we'd been told by BMW that the first consumer examples of the i3 would slowly trickle into the US before the end of 2013, meaning at least a few would have arrived here probably in December.  BMW did say that inventory levels would be low until early 2014, but still the on-sale date had previously been late-2013.

Unless BMW has changed its mind, we believe all of the first examples of the i3 headed to the US will come equipped with the $4,000 (est.) range extender option.

Final Bits of Camo to be Stripped Away on Friday

News of this delay likely won't go over well, especially for those coming off BMW ActiveE leases ahead of the i3's now-pushed-back launched.  Perhaps BMW will kindly extend those leases until the i3 finally arrives.

While we try to figure out why the US launch of the i3 has been delayed, we'll leave you with this somewhat uplifting information:

"The BMW i3 will make its world debut at three simultaneous events in New York, London and Beijing on Monday, July 29."

So, we'll finally get to see the "real deal" next Monday.