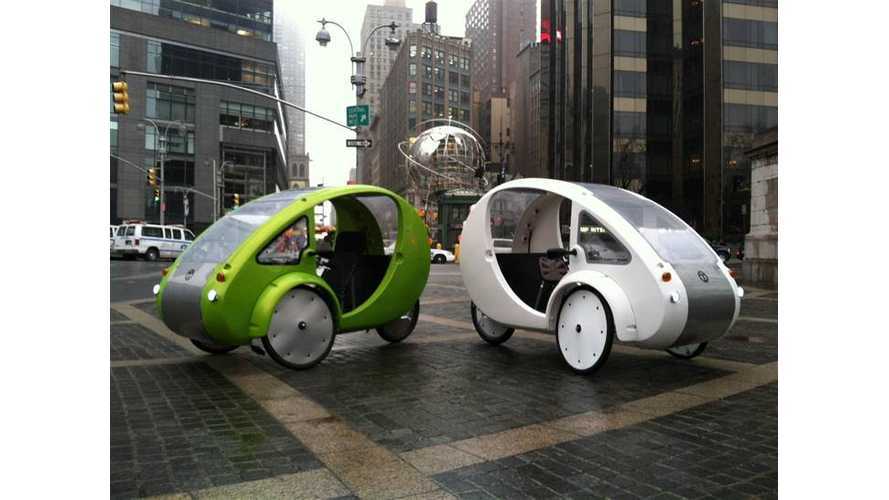 Rob Cotter, former performance engineer and tuner with Porsche, Mercedes-Benz and BMW, knows what it takes to make an automobile as powerful as possible, but this time he took an entirely different path.

Cotter, founder and CEO of Organic Transit, fitted the Elf electric vehicle seen here with a 1-hp motor.  Yep, only 1.

Organic Transit set out to make the Elf the most efficient means of self transport available.  The semi-enclosed, solar-chargeable, plug-in, bike-lane-legal, electric bicycle/trike/automobile feature a rear-mounted 1-hp motor and either one or two lithium-ion battery packs.  Think of Elf as either a trike with a canopy or a car (?) without doors.  It's sort of Renault Twizy-ish, but not quite.

Even Cotter doesn't know how to categorize Elf:

Organic Transit claims to have 1,500 outstanding orders for Elf, which costs $4,995 in base form or considerably more if you opt for the second battery pack, continuously variable transmission rear hub or upgrade solar panels.

Here are those ever-so-important specs:

Check out the video to see what it's like to drive Elf around town for a day.