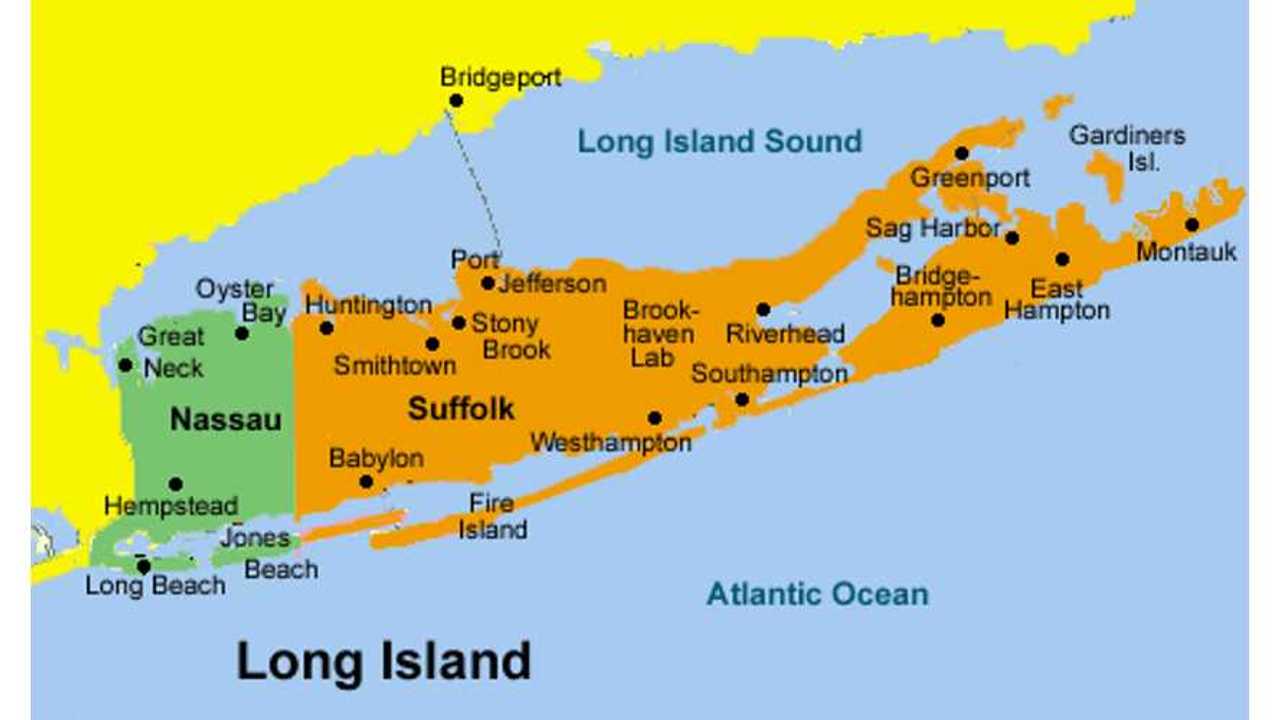 Long Island, New York, with its 7.68 million residents, is starting to grow fond of plug-in vehicles.

The numbers show that Long Island was home to 1,008 plug-in vehicles as of the end of April, 2013.  That figure is apparently on the rise though as gas prices are soaring upwards and more plug-ins are hitting the market.

It makes sense that Long Islanders are finding that plug-in vehicles meet their daily needs.  The Island measures only 118 miles from end-to-end and is 23 miles wide at its widest point.  Only a few carefully placed chargers would be needed on the Island to extend the range of pure electrics so that they could go end-to-end and even into the Big Apple with ease.

We've long argued that islands are ideally suited for pure electric vehicles and Long Island (aside from its sheer size...it is the US' longest and largest island) should be no exception to this rule.