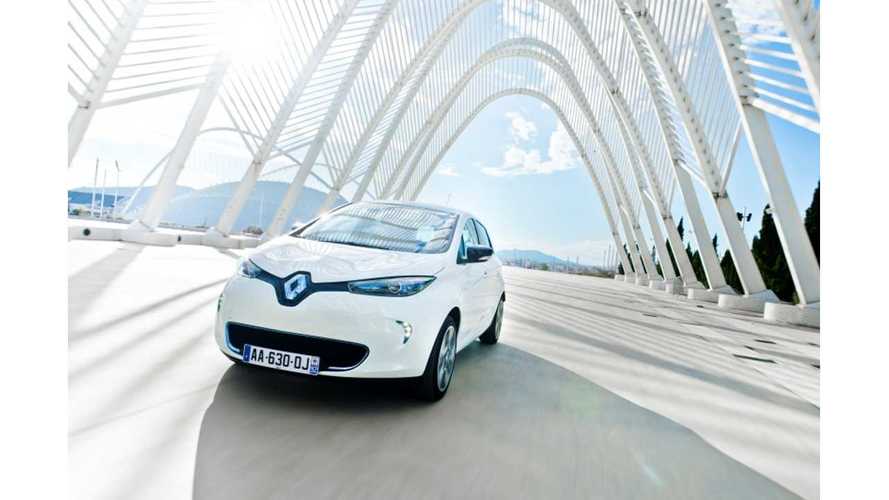 Renault recently presented its worldwide sales results for the first half of 2013.   Despite international sales growth, Renault struggled in Europe with the market collapse.

"Renault group international sales grew 4.3% in first-half 2013, reaching a record level. That increase nonetheless failed to offset a 7.3% fall in Group sales in Europe, where the market continued to deteriorate, down 6.7%."

But we're interested in electric vehicle segment and this where Renault is now the leader in Europe:

"In the nascent electric vehicle market, the Renault brand, with its range of four zero-emission vehicles, led the European market with a 48.9% PC+LCV share. At end-June, Renault ZOE was the top-selling electric vehicle en Europe with 4,770 registrations and a 29.5% share of the market."

48.9% of electric passenger and delivery cars (PC+LCV) means that Renault has overtaken partner Nissan. Moreover almost half of all the electric vehicles sold YTD in Europe are from Renault.

What the numbers further show is that sales of the Renault Zoe are now outpacing the Nissan LEAF.  In the first six months of 2013, Zoe sales hit 4,770 units.

We could say that Renault's EV dreams have come true because now the automaker is in first place in Europe, but we must remember that Renault's sales targets for EVs are still way higher.

Renault is showing signs of significantgrowth in the electric vehicles segment, especially since it's working in an area hit hard by recession.