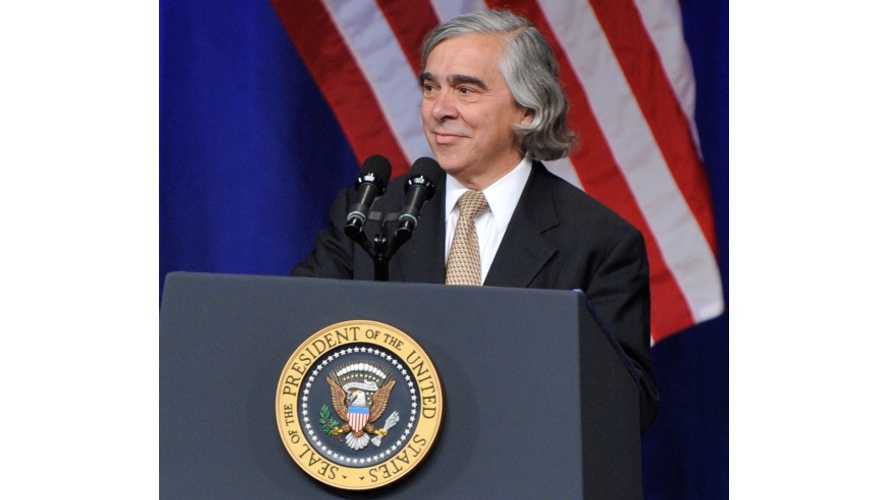 As the DoE updated its eGallon calculator, US Energy Secretary Ernest Moniz took the opportunity to highlight the success of plug-ins in the US.

Moniz focused mainly on sales figures to show the growing interest in plug-in vehicles in the US.  As Moniz mentioned, sales of electric vehicles doubled in the first 6 months of 2013 compared to the same period in 2012.

But the success story didn't end there.  Moniz went all the way back to 2011 to prove the point that plug-in vehicles have come a long way in a short amount of time.

Straight from the office of the DoE comes this release:

"By comparison, PEVs – which were first introduced in December 2010 – report nearly 9,000 cars sold in the last month. At the same time, thanks to technology improvements and growing domestic manufacturing capacity, the cost of a battery has come down by nearly 50 percent in the last four years, and is expected to drop to $10,000 by 2015."