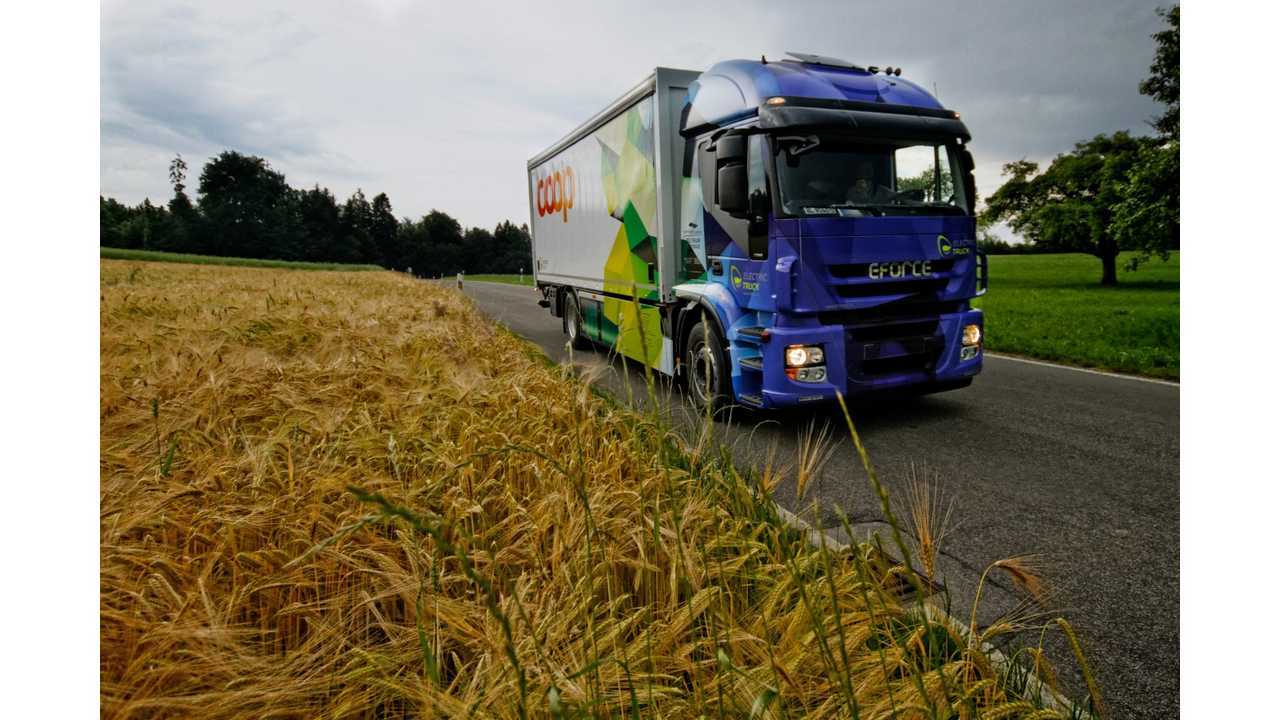 The vehicle, based on Iveco Stralis, was electrified with through the use of Brusa Elektronik drivetrain component such as motors, inverters, chargers and battery packs.

E-FORCE somewhere in the Alps

In the truck, all of these components come in twos - two motors with total maximum power of 300 kW and 610 Nm of torque, two inverters, two 3-phase 22 kW chargers that cut the full charge time to 6 hours and two 120 kWh li-ion LiFePO4 packs.

Depending on conditions, range is claimed to be around 300 km (186 miles), but that will drop by nearly 50% on the highway.

According to the press release, the E-FORCE truck boasts quicker acceleration and less noise compared to standard trucks.

Next month, the E-FORCE truck will hit the streets for regular service:

"The lead customers will each put one truck into their fleets for evaluation from August 2013. Both COOP – the second largest retailer in Switzerland – and Feldschlösschen – the biggest brewery in Switzerland – are considering adding more electric trucks in the near future"