Did The Next Generation Of The Chevrolet Volt Just Get Pushed Back A Year? Looks Like It 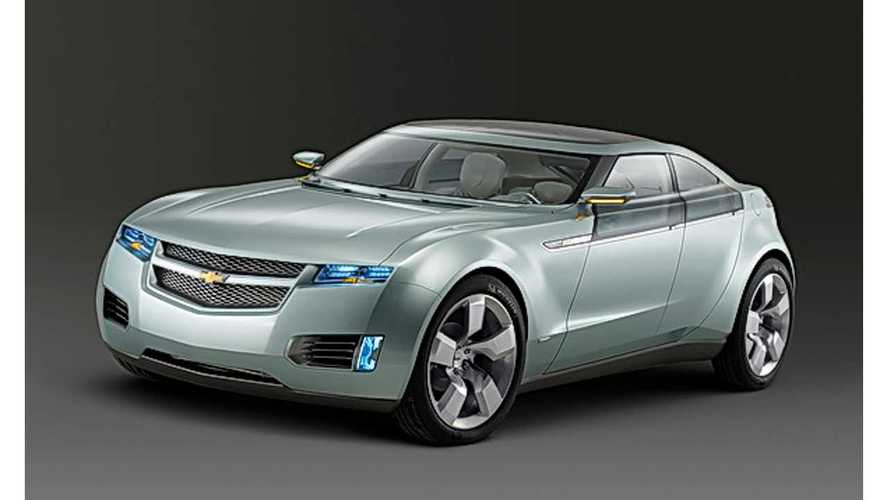 About three months ago, we heard (via a Canadian Union that represents an auto parts maker) that the all-new Chevy Cruze would not be released in 2014 as a 2015 model as originally scheduled.

Now comes word through Reuters that future Cruze production will not start until December 2015 - that is about a 15-month delay.  Given the Volt and Cruze are inseparably linked, that is probably not a good thing for those of us patiently waiting to see what GM has it store for its ground-breaking extended range car.

So, why the delay for the Cruze?

It is a fairly simple answer - Chevy doesn't want to mess with what is working, or rather - selling...and the Cruze if definitely selling.  General Motor's made that mistake with the Malibu to some truly horrendous results.  /lesson learned

Thanks To Current Strong Sales, The 'Next' Chevrolet Cruze Has Been Delayed

The Chevy Cruze was born during the throws of GM's bankruptcy, and at the time the Cruze was widely panned as coming to market late in the game, with both dated technology and engine choices - not equipped to meet the challenges of new foreign rivals.

Therefore, in preparation of this possible failure,  as soon as GM was solidly on its feet after bankruptcy, Job 1 was to overhaul the current Delta II platform that underpins the Cruze and the Chevrolet Volt.

To that end, the new D2XX or D2UX (as it is known in the US) - a new global platform, was rushed into development, and bring about the new Cruze's arrival, along with the 2nd generation Chevy Volt, which would likely be introduced a model year later.

But it didn't work out that way.

Instead of customers slowly gravitating away from the Cruze as new competition came to market, the American consumer became more and more enamored with the Chevy.  It simply was the 'liveable' entry car of choice.

So much so, that last month only the Toyota Camry sold more copies than the Cruze in the US (35,780 vs 32,871).  If you add sales from the über re-skinned Cruze, also known as the Verano, with another 4,489 high margin copies (to those young, mid 50 year-old, Buick customers), and it was America's best selling car.

Momentum?  The Cruze has that too.  The compact Chevy is up a staggering 73% this year.  The Toyota Camry?  Off by 3%.

(Statistical confession moment:  the Cruze does not normally sell in the volume it did in June - a reportedly massive fleet order did goose the monthly number...but it still sells far above early expectations on a month basis)

This delay will allow GM to gain at least another 18 months of strong, high profit sales at the tail end of a product cycle on the Cruze/Verano - a rarity in the auto business.

A Volt Delay Would Also Likely Mean A Delay To The Voltec SUV, Which Was Reported By Morgan Stanly  To Be Arriving in 2015

Unfortunately, as both the next generation Chevrolet Volt, and long planned Voltec MPV5/CrossVolt SUV (which the D2XX would have enabled) will make the jump to this 'platform,' (as well as share in the new componentry with GM's other new products going on this global base), this delay also likely means the anticipated release date of fall of 2015 for the 2016 (model year) Gen 2 Volt will have likely slipped to at least the fall of 2016 as a 2017 model.

When asked about the reported timeline changes, a GM spokesperson declined to comment on any future product plans.

In the end, GM could decide to still continue the development of the Volt on the new platform in their Hamtramck facility (where the Volt is made today) exclusive of the Cruze, but that seems highly unlikely.   What is more likely is that we are seeing the case of the success of one car in a auto-maker's lineup hurting another.