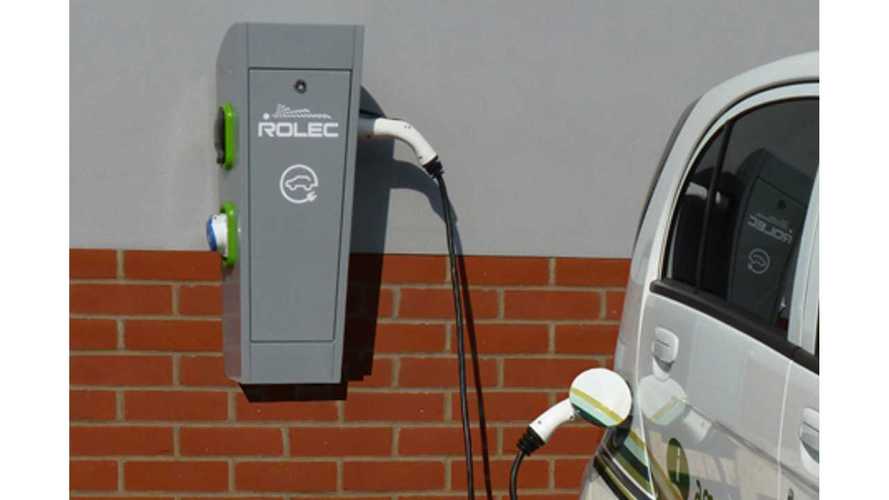 What to do with these seldom used public charging stations?

But the public ones are more or less out there serving the purpose of showing the general public that there's a substantial infrastructure for plug-in vehicles.

There is a problem though.

Take, for example, the case in Bristol, England.

The city is home to 36 charging points located in 12 parking lots.  All of these units are supposedly operational, yet data shows that in the second half of 2012, only 14 charge events occurred across all 36 units.

Bristol City Council seems okay with this lack of use, saying:

"We don't expect to see high levels of take up at first, but the electric car market has huge potential for growth, and we are confident that electric is a big part of the future."

"People won't invest in electric cars until the infrastructure is in place to support their use."

However, residents of Bristol see it differently.  The chargers cost the city some £100,000 ($152,000 US) to install.  This is money that should of been spent more wisely, argues some residents.

We do sort of agree that maybe Bristol overdid it, judging by the low level of use, but Bristol future-proofed itself, too.

The problem is that in these cash-strapped times, city/state/federal government spending needs to be done wisely and, as we mentioned above, public chargers aren't really a necessity.  In time, these public chargers may see a substantial amount of use.  You see, extensive workplace charging would almost eliminate the need for public chargers entirely.  Just sayin'.