Op-Ed: How Toyota Could Change the World 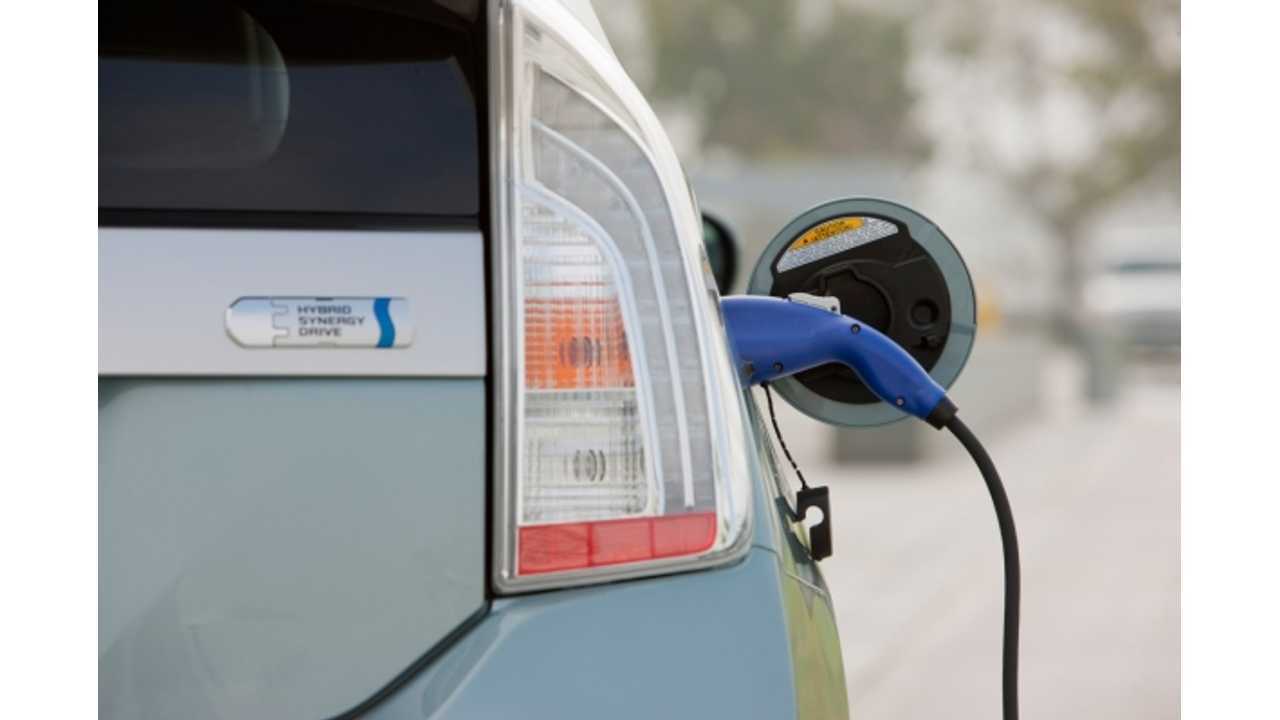 What If The Toyota Prius Was Just A Plug-In Hyrbid?

Over the years I've owned many Prii, including the very first generation.  From the very beginning I always questioned why Toyota didn't go ahead and take that extra little step to allow us to charge up and drive at least some distance on electric power from the wall.

Well, now they do offer that in what is now called the Plug in Prius or sometimes referred to as the PiP.  As many know, the PiP is the weakest of all plug-in vehicles on the market, offering an all electric range of 11 miles according to the EPA. Even though in my household we have a Leaf and a Volt, I still find the PiP to be an interesting vehicle.  And even though it is the weakest of the bunch, it has occurred to me that it could change the world.

So, here's how Toyota could change the world.  They should stop producing standard hybrid vehicles.  Instead, every hybrid vehicle they sell should be a plug-in hybrid. When people walk into a Toyota dealership and want a Prius, they'll be getting a plug-in Prius.  If they want a Camry Hybrid, it will be a Camry PHEV.  Your choice would be a standard gasoline car or a Plug-in Hybrid.

Now, that may sound crazy, but lets examine some math.

So how much could these extra parts cost, especially if you assume the economies of scale that they would be selling over 20,000 per month?  Well, the lithium battery pack capacity is 4.4 Kwh.  Assuming a price tag of $500 per Kwh (which is almost guaranteed to go down over time and with higher mass production) then we're looking at about $2,200 for the battery pack.  But the math isn't that simple.  You need to subtract the cost of the old NiMh battery pack for the standard Prius, as it won't be in the car anymore.  I suspect the old NiMh battery pack costs Toyota around $1,000.  After all, they sell them as a spare part for around $1,700.  So that means the larger battery pack probably adds about $1,200 of cost to the car.  I'd expect by the time you factor in the charger and charge port you're looking at around $2,000 difference.

I don't think it would change that much.  Especially, if you assume all sales force will actually understand the car and be able to explain to customers that despite the price hike, they'll easily make up the cost difference on gasoline over time.  Some people might choose not to buy due to the higher price tag.  But for every sale lost, they might gain one from somebody wanting a plug-in car at a good price.

Imagine If Every Toyota Prius Owner Could Plug-in!

So how would this bold move change the world?  So naturally you'll have a ton of people suddenly driving around town in a car that has a plug on it.  Many of those buyers might not even be sure what to do with the plug at first.  But they'll be looking for places to plug the car in.  As they begin to drive around town on electric power, they'll discover they like it.  And they'll be wanting to plug in more often.

This will drastically increase demand for L2 charging stations.  In turn this will help build out the L2 charging infrastructure that is desperately needed by all plug-in cars, thus boosting sales of vehicles like the Leaf and Volt.  And the more L2 stations around with cars plugged into them will make the rest of the population far more aware that plug-in cars are for sale. Thus again, boosting sales of all plug-in vehicles.   And since Toyota would be buying so many lithium cells, it would help lower the cost of these batteries for all manufacturers, again, boosting sales and profit for all plug-in vehicles.  And don't forget helping to get more employers on board with charging spots for employees, again helping all plug-in sales.

Of course this has me thinking about some other changes Toyota should make, if they were take take such a move.  I know the PiP gets blasted a lot for its short range and low acceleration power when in EV mode.  But the deal-breaker for me was not the specifications as much as it was the experience.

Toyota should offer an all EV mode that locks out the gas engine, just like Ford does on the Energi products.  So if you push the pedal to the floor, the car should give you whatever power it has from the battery and nothing more.  If the driver is not satisfied with this level of performance, they should choose not to engage this mode.  But for those of us who want a pure EV driving experience, give us the darned lock out!

Could Every Prius Have A Plug Someday?

The second thing I think they'd need to do if all of their hybrids were plug-ins, is give the buyer a higher trim level that includes a larger battery pack, at least 8 Kwh.  That should give people around 22 miles of range.  That would be a much more useful level of driving range for commuters so they could keep their daily commutes in all EV mode.

Now, having said all of this, I realize Toyota would likely not do this.  I hear they have contracts for NiMh batteries that haven't expired yet.  I also suspect they aren't quite comfortable with the lithium battery packs yet.  That is probably the main reason they are keeping the market for the PiP limited.  They are essentially testing out the technology on the early adopters.

To summarize, I believe Toyota has it within their power more than any other manufacturer to accelerate the EV movement by 10 years almost overnight.  In doing so would not only benefit themselves, but also every other manufacturer of plug-in vehicles as well as all of mankind.

Editor's Note:  We just wanted to take a moment to welcome David Murray to the writing team here at InsideEVs, and his long-term devotion to the plug-in revolution!