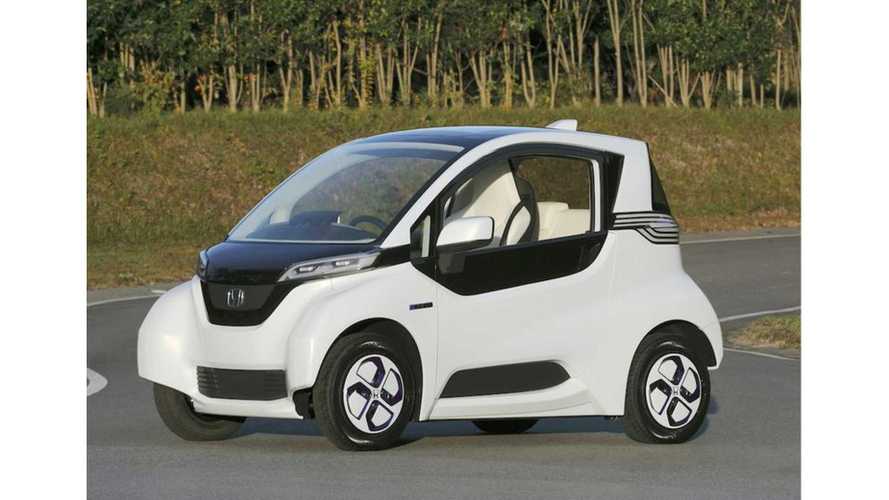 Honda's vision of the future of urban mobility will hit the ground this fall in Japan as the automaker will field trial the Micro Commuter Prototype ahead of its possible launch.

First, here are some specs:

The low-range Micro Commuter was first unveiled in late 2012.  It was later approved for on-road use in mid-2013.  With approval in hand, Honda is ready to unleash the beast.

This fall, the Micro Commuter will begin its first field tests in Saitama Prefecture, Japan.  The testing will almost immediately expand to include Kumamoto Prefecture and Miyakojima City in Okinawa Prefecture.

Like most all EV field tests, Honda is looking to gain valuable information on the usage and charging patterns of the vehicle.  Additionally, Honda hopes to explore carsharing possibilities, fleet usage, senior citizen use and how the Micro Commuter can be utilized to solve transportation issues.

The Micro Commuter is unique in that all of its electric components, including the battery, motor and control unit, are under the floor and in the rear.  This allow for flexible seating arrangements and makes it easy for Honda to swap the body and interior to accommodate individual needs.  For the trials, Honda will supply a 2-passenger version of the Micro Commuter.

There's no confirmation yet on whether or not Honda will launch the Micro Commuter, but we think it would make for a solid addition to the growing segment of sized-just-right EVs.