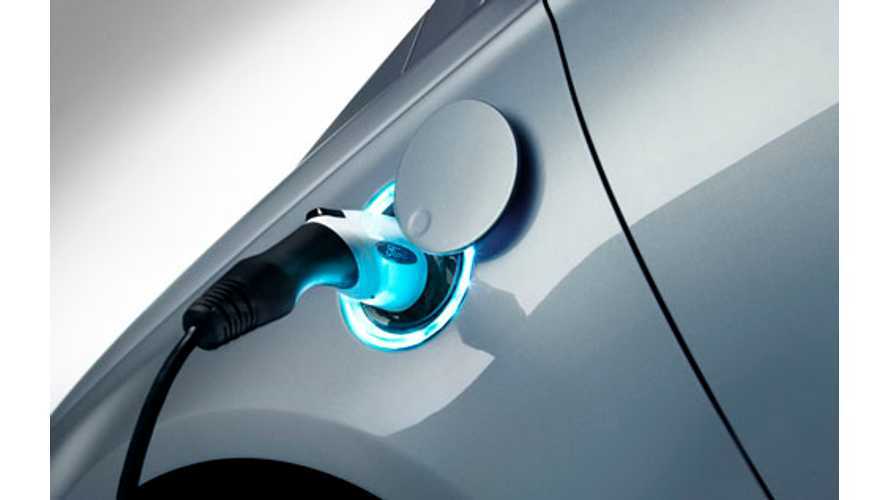 Yesterday, Ford invited us to attend a webcast on "Electrified Vehicle Momentum" without saying specifically what the event would be about.

In the end it was mostly about hybrid efficiency on the C-MAX,  Fusion Hybrid and Lincoln MKZ Hybrid, and an interesting recap of the "year that was" with electrics with Ford.

You can find that video streamed below, plus some bullet points by Ford on the changes - like increasing the EV-only ceiling in the hybrids from 62 mph to 85 mph, and calibrations to increase efficiency.

Fortunately, we were given the opportunity to do a little Q&A with Todd Nissen, who is the Sustainability Communications Manager at Ford after the event which was held in Detroit Tuesday.

With help from Alan Campbell, our resident Ford expert here at InsideEVs, we asked some of the questions the 'plug-in guys' really want to know...and although we really did not get the answers we wanted, at least Ford knows some of us still care:

Can we expect Ford to offer the lower trim level Focus Electric being offered in Germany, here in the NA to better compete with the Leaf S?

The 2014 Focus Electric will be offered with the Standard package which includes the rear view camera, Sony audio system, dual-zone electronic temperature control, push-button start and more. We know our North America customers don't want to compromise technology, features and a fun-to-drive aspects when considering electrified products, and our plan is to offer them a Focus Electric that has no compromises. Ford has not announced any plans to introduce additional trim levels at this time.

When does Ford plan to offer the DC Combo Charger for the Focus Electric (or other plug-ins) , that GM will offer on the Spark EV?

We are actively continuing research on the DC Combo Charger and believe coordination with several stakeholder groups and other automakers is key to ensuring the best product attributes for consumers. Ford has not yet announced DC charging future offerings for the Focus Electric or other electrified products but will continue to keep the public and all stakeholder groups updated with any informed decisions.

Based on the EV project with Schaeffler, is there a possibility of a Fiesta Electric, to better compete with the smaller Honda Fit EV and Chevy Spark EV?

While electrification is a large part of Ford's overall fuel efficiency strategy, we have not announced any plans for a new electric vehicle. We believe our line-up of electric vehicles, hybrids and plug-in hybrids provides customers the Power of Choice, with a vehicle to fit many lifestyles and different driving habits.

With the end of partnership between Ford and Azure, is there a possibility of Ford launching a new EV based on the 2014 Transit Connect Van/Wagon for the commercial market?

At this time Ford has not announced any new electrified offerings.  Ford continues to support any existing transit Connect Electric vans manufactured through our former relationship with Azure.

Are production constraints at the Michigan Assembly Plant, which is reported to be at 114%, part of the reason Ford has not previously more aggressively marketed the 2014 Focus Electric.

Michigan Assembly Plant (MAP) is one of the most innovative manufacturing facilities in North America and the world, producing full electric, plug-in hybrid, hybrid and EcoBoost power trains all down the same assembly line. The manufacturing flexibility of MAP allows us to adjust production to meet market demand, and we believe we are producing the appropriate level of Focus Electrics. The Focus Electric is performing well in dealer showrooms and dealers are now preparing for the arrival of the 2014 model. By offering consumers the power of choice with different electrified and fuel efficient technologies, we feel we are providing the right product capacity to meet demand.

Our thanks to Ford for taking some time out to talk with us.

Separately (and unrelated to this article), I took a tour of some Ford assembly facilities and the Ford Museum yesterday...always a fun outing I encourage for anyone in the Greater Detroit Area.