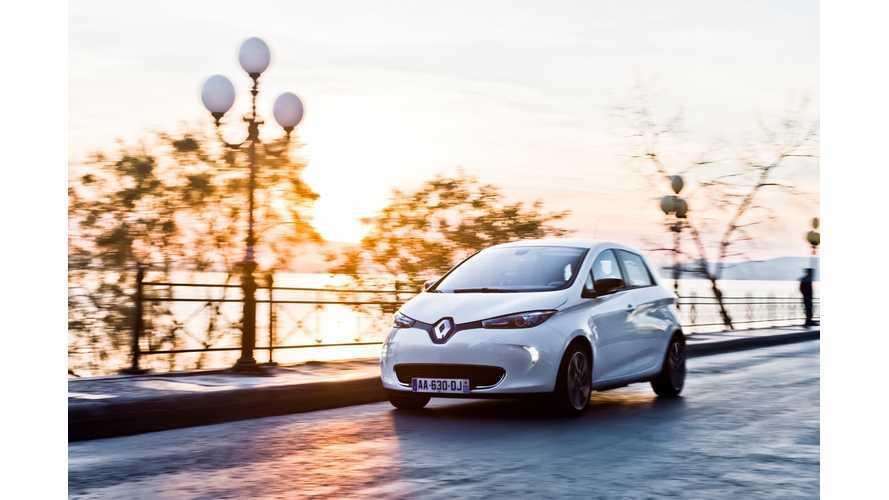 In last five months, Renault's electric vehicle sales were always above 1,000 and three times were above 1,500, but never has the figures been so close to 2,000.

The YTD total for electric vehicles sold by Renault is right around 8,500, which is well over 2-times higher than last year after the first six months.

Including Twizy, Renault EV sales total for June 2013 of over 2,250 vehicles is the automaker's best result since May 2012.

About 60% of Renault's electric vehicle sales are Zoe, a vehicle that in June set its own record 1,358 units.

Not bad for Zoe, and the Kangoo Z.E. has been staying strong too with over 450 deliveries in June.

Unfortunately, sales of Renault Fluence Z.E. checked in at only 61 in June.

This mean that Twizy has slid down from Renault's electric vehicle leader to third place.