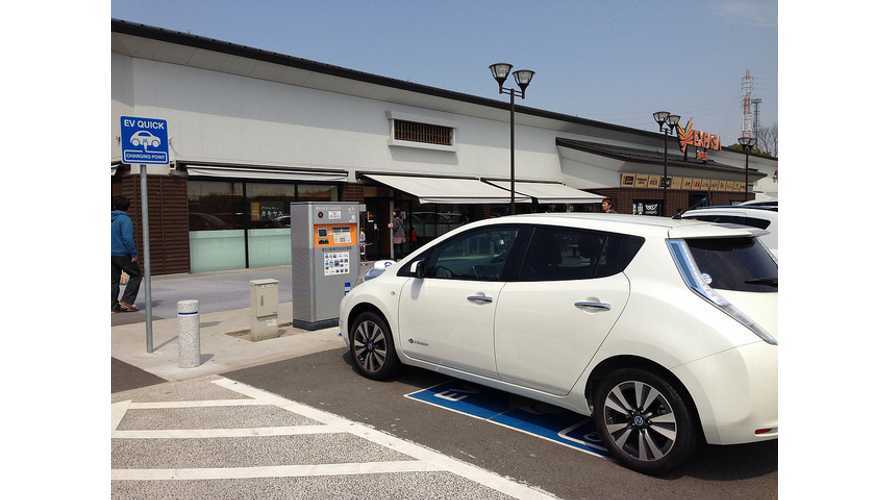 Nissan Faces Some Expected Challenges With The 2013 LEAF

It is no secret to anyone watching the sales of plug-in vehicles recently that the introduction of the 2013 lineup of LEAFs, starting with the all-new entry level "S" model from $28,800, has turned around the EV fortunes of Nissan.

Nissan has consistently sold over 2,000 units a month since the 2013s went on sale in March of this year.  Brendan Jones, who is director of EV infrastructure strategy for Nissan, has even come out and said sales will move even higher this summer.

How can he be sure of that?  Because Nissan is still have trouble fulfilling customer (and dealer) demand.

According to Automotive News, Erik Gottfried, Nissan's director of electric vehicle sales and marketing,  recently left his office to take a trip to Texas to tell dealers in person that Nissan was working on the problem.

"They really want more Leafs in Dallas.  I assured them that  we're doing everything we can to get them more inventory. But it's taking some  time."

Rather than fully commit to maximizing their US Smyrna production facility, that 'can' produce up to 150,000 LEAFs per year, Nissan chose to take a more conservative road after only managing to sell 9,819 LEAFs in 2012.

CEO Carols Ghosn said the following just as production was getting underway in the US:

“We have created the capacity, but have not installed all the equipment.  We have been more prudent.  We built the building, we put the infrastructure, we built the project, but we are installing the equipment in function of the evolution of sales.

So it is not that we are having all this equipment and it is being idled, we are in fact just building the infrastructure for that, and we are going step by step.”

Although hesitant to make predictions on US electric vehicle sales at the start of this year, Nissan said they would be satisfied selling about 15,000 LEAFs in America for 2013.

With the 8,536 units already sold in the first 4 months the 2013 LEAF and still coming up short fulfilling demand, Nissan has been caught unprepared.

"We're going to be short on inventory all through the summer," Gottfried says  he has been telling dealers. "It will be late fall before we can produce enough  to satisfy everybody."

LEAF Takes In The Sights...And A Charge

In speaking with Auto News, Gottfried says that the geography of  the Leaf's market has broadened. What once was only sought after in "green" areas on the West Coast and pockets in the east, has changed into national demand, with the Nissan exec highlighting new hot spots in "Dallas, St. Louis, Atlanta, Chicago and Raleigh, N.C."

"Not every dealer has pursued selling the Leaf yet.  But  what we've seen lately is that one dealer in a city will start marketing the car  and have great success with it. Then the other dealers in the market will  realize there's a real opportunity and start marketing it, too."

To illustrate the changing trend, and the wider acceptance of the LEAF, in California - which once boasted more than 50% of all LEAF sales in the US, and fell to 37% in 2012, is now 27% for 2013 due to rising interest in other markets.