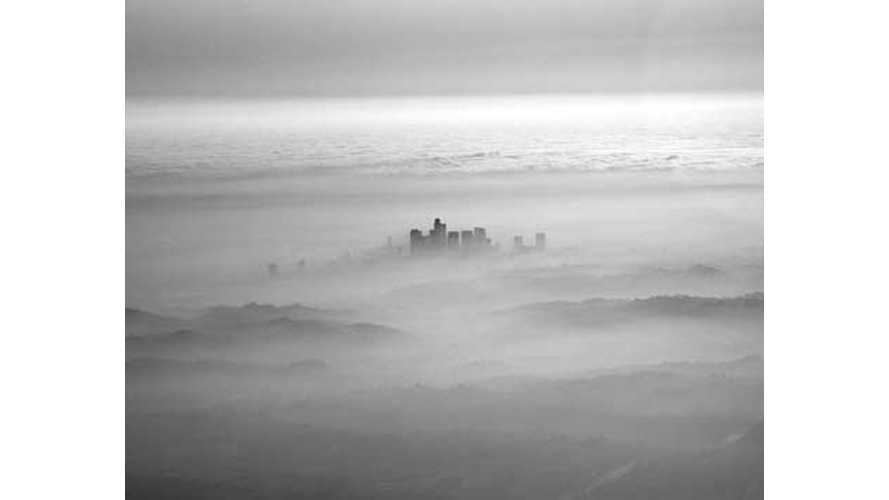 Recently, there's been quite a bit of chatter concerning the decisions by several states to tax electric vehicles to make up for shortages in gas tax revenues.

Say No to Smog

As of right now, we stand against this idea, simply because there aren't enough plug-ins out there to even begin to make up for the millions in shortages experienced by dozens of states and because it sends a conflicting message to potential plug in vehicle buyers who see a federal tax credit on one side and a "make-up" tax on the other.

But, apparently, there are other reasons why taxing electric vehicles in this way makes no sense.

In an open letter submitted to the Detroit Free Press, Levine says this:

"Mark Phelan's well-reasoned article should have included the tremendous health cost burden from vehicle emissions, paid for by Michigan residents with asthma, the businesses that supply their insurance and state funds from Medicaid that cover health costs for nearly half of Michigan children. This tilts the debate against new taxes on modern high-efficiency vehicles."

"Why children in Detroit have more asthma the closer they live to I-96 is being studied in “The Near Road Exposures and Effects of Urban Air Pollutants Study (NEXUS)” by the Environmental Protection Agency. Living near highways, as many of us do in southeast Michigan, increases asthma, which is connected with emissions throughout the U.S. This means expensive hospitalizations primarily among children, and lost work by their caregivers."

"High-efficiency vehicles are better for breathing because they use less fuel so less pollutants come out of the tailpipe. The demand for them is helping rebuild our auto industry. Since they cost more, more sales taxes are collected at purchase, which can be plowed back into our infrastructure."

"There are fair ways to raise money to repair highways based on use. New taxes on our best vehicle technology, which contains the added bonus of keeping us healthier, is not the right road."

Thanks doctor Levine, we most certainly agree.