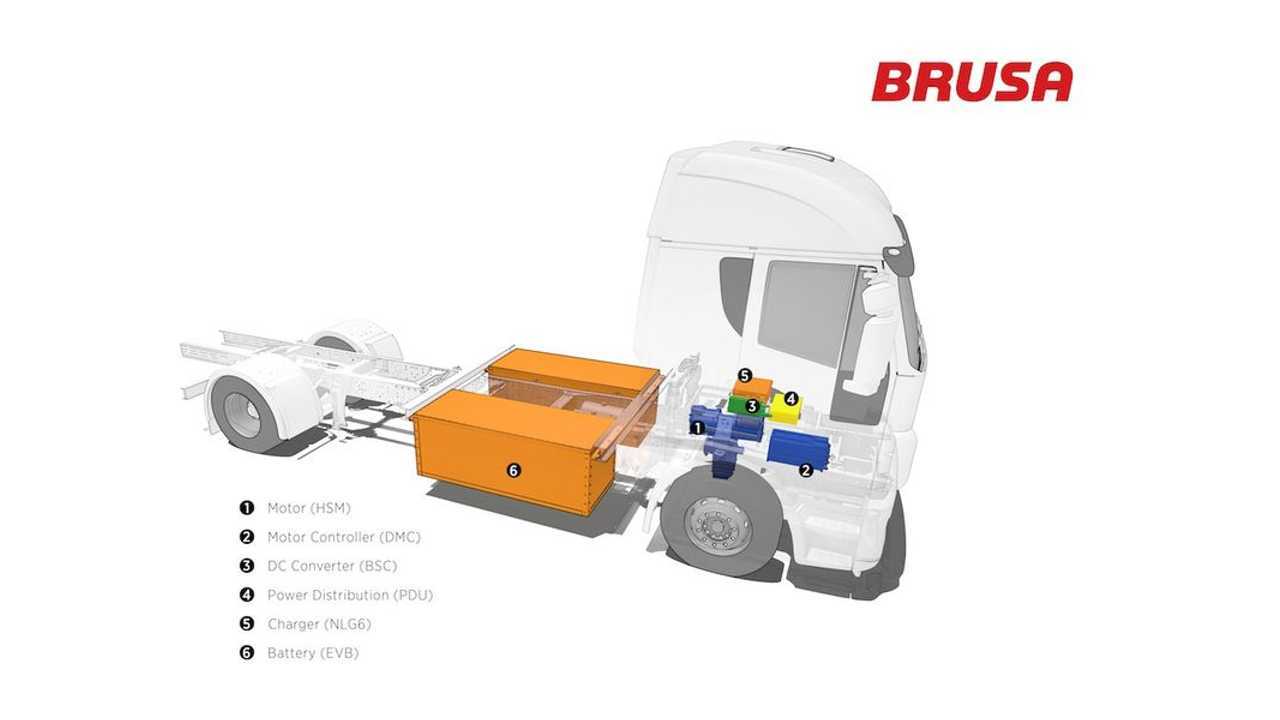 Swiss company Brusa Elektronik revealed 750-volt versions of its electric-drive components for use in commercial vehicles and applications that demand extremely high output and performance.

Typical electric cars have battery pack and drivetrain voltage at 300-400 volts and this will likely not change because is fairly optimal.  However, sometimes higher voltage is better.

Brusa is saying that heavy-duty vehicles like electric trucks and buses will benefit from higher voltage:

Increasing the voltage reduces the currents with the performance remaining the same. Lower currents lead to a reduction of cable thicknesses and bending radii. This will directly result in weight and material savings -especially with commercial vehicles of a certain length such as trucks or busses. For electric cars the 300 to 400-volt range has established itself as the standard. Thanks to the advancement in semiconductor technology, a doubling of operating voltage is unproblematic."

Brusa's list of over 10 750-volt components, including traction motors, inverters, DC/DC converters, battery module and chargers, can be found by clicking here.