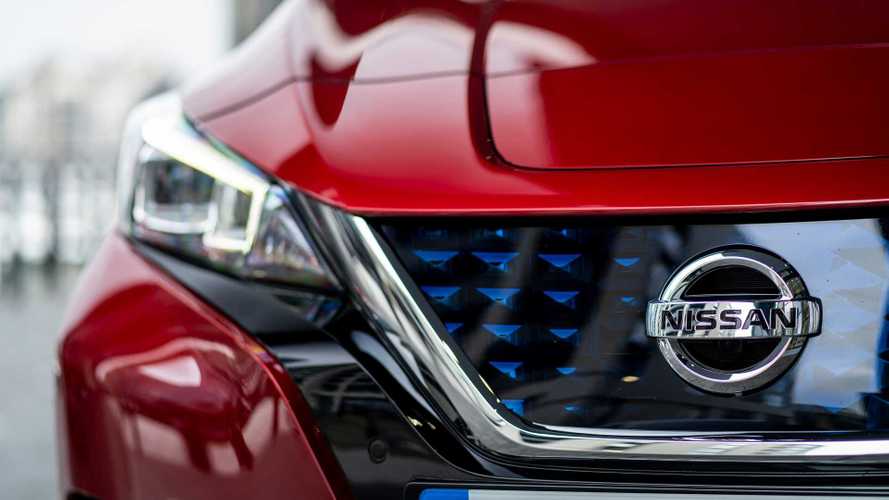 First of all is that the Japanese automaker is still thinking bold in terms of the electric vehicle's future. We all know of the prediction of 10% EV market share in 2020 made by Nissan CEO Carlos Ghosn, and the prediction of cumulative 1.5 million EV sales by  the Renault-Nissan Alliance before 2017.  But the long-term goal is almost 100% market share by 2050.

"As a zero-emission leader, our mission includes solving issues and clearing up doubts about EVs, such as driving range and availability of charging infrastructure. We are working on solutions by capitalizing on the diversity and cross-functional corporate culture that we have fostered throughout the years. We believe that practically all vehicles should be replaced with zero-emission vehicles, such as EVs and fuel-cell electric vehicles, by 2050 to help protect the global environment. The launch of Nissan LEAF is an initial step. Nissan is creating a totally new global EV market as a zero-emission pioneer, and our efforts are winning recognition worldwide."

To date, Renault-Nissan Alliance sold over 100,000 electric vehicles (including Renault Twizy). About two thirds of these are Nissan LEAFs.

More detailed statistics are included in the report:

"In 2012, global sales of all zero-emission vehicles across the Alliance were 43,829 units, up 83.8% from 2011 as Nissan LEAF sales increased worldwide and Renault launched two more EVs"

"The Alliance’s worldwide zero-emission market share stood at 64%, excluding the Twizy, Renault’s two-seater urban commuter. Since sales began in December 2010 to the end of 2012, the Alliance sold 67,723 zero-emission vehicles globally."

Okay.  So, total sales of both manufacturers grew year over year by 83.5% in 2012 to 43,829. This is not the level that will allow Renault-Nissan to hit its ambitious goals, but so far nobody is selling even close to the Alliance's figure.

What is important is that sales are growing at a quick pace. Total first half year sales for the Alliance in 2013 is around 30,000 electric vehicles. For Nissan alone, fist half 2013 sales are roughly 15,000 in the US and Japan and maybe an additional 5,000 or so in Europe. For Renault, the figure is probably somewhere just below 10,000 (including Twizy).

Because Nissan LEAF sales in the US accelerated in Q2 and we count on growth also for Renault Zoe in Europe, total sales in 2013 should be 60,000-70,000 EVs. Hopefully more, but this is still a strong double digit improvement.

In Japan, all Nissan dealers already have AC charging spots and, by the end of March 2013, 800 Nissan-made CHAdeMO quick chargers were installed. If we take into account that Japan currently has over 1,700 such points, then Nissan's network is almost 50% share (and we still don't really know how many Nissan-branded DC chargers were installed outside of the dealership network).

"Nissan commenced sales of its new proprietary quick-charging unit at Nissan parts dealers throughout Japan in 2011. This unit retains the high performance of the previous version in approximately half the volume, allowing installation in smaller spaces. We have been installing charging units in our dealers since the launch of Nissan LEAF. As of the end of fiscal 2012, all of our dealers had installed ordinary chargers and 800 dealers had also installed quick-charging units in Japan."

But if you think the 1,700 QC in Japan is high, then look no further than the Japanese Ministry of Economy, Trade and Industry (METI) plans to install 36,000 quick chargers to match the number of gas stations:

"Nissan is also taking part in a program run by the Ministry of Economy, Trade and Industry (METI) to promote next-generation vehicle-charging infrastructure. The plan is to install approximately 36,000 quick-charging units around Japan, a figure to match the number of gas stations operating in the country. We are currently considering ideal installation locations and methods of operation for these units."

Nissan is trying to roll out infrastructure in US. By the end of 2014 Nissan, with partners, wants to add over 500 quick chargers (for sure CHAdeMO but maybe some of them will also get J1772 combo plug).

"Infrastructure-related efforts are underway overseas as well. At the end of January 2013, Nissan announced it would work together with auto dealerships, local governments, and companies like NRG Energy, Inc. and its eVgo charging network to install more than 500 new quick-charging stations for EVs within the following 18 months, thus quadrupling the number available to U.S. drivers. Earlier in that same month, we also announced our participation in the Workplace Charging Challenge launched by the U.S. Department of Energy, which will see us supporting the installation of charging stations at office buildings and other workplaces across America."