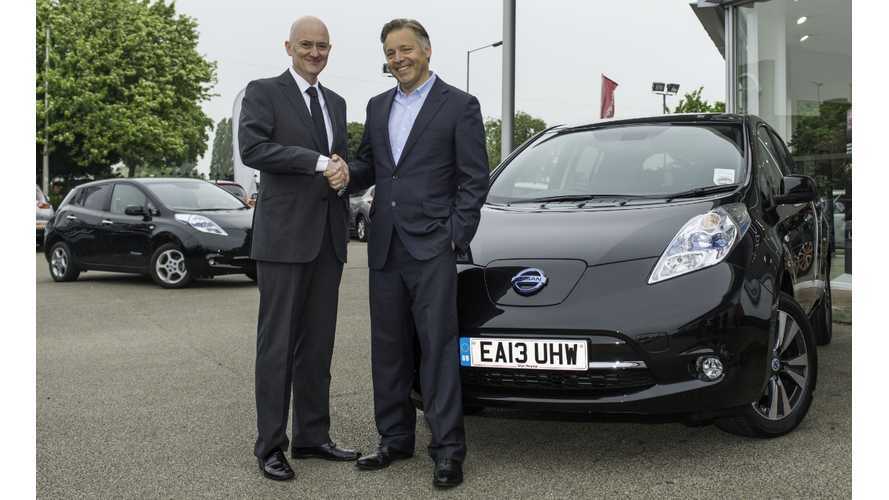 The Office for Low Emission Vehicles in the UK has released data on the adoption rate of electric vehicles, specifically in regards the country's PiCG program (Plug-in Car Grants).

Considering when we last looked six months ago the number stood at around 3,000 claims, it is easy to see the likes of the new entries (Renault Zoe, smart ED) are having a positive effect on EV adoption.

Looking ahead, if the UK-built (and cheaper) LEAF enjoys anywhere near the sales success seen with domestic production in the US, then the second half should see a continued sky-rocketing of plug-in acceptance in Britain.  The first LEAF build at Nissan's Sunderland plant was delivered on June 1st.

The applicable rebate (and subsequent paperwork) is all done at the dealership level, and the qualifying amount is taken from the price of the vehicle at point of sale.  /refeshing

There are currently 12 "cars" eligible for the scheme:

Mia Microbus (Available with a 8 kWh and a 12 kWh battery).  Up to 77 Miles Of Range On The "NEDC Extra-Urban Cycle"

As well as 7 "vans" available:

Renault Kangoo Z.E. Got A Facelift In 2013 And Has A Theoretical Range Of 105 Miles (NEDC) From A 22 kWh Lithium Battery

There are provisions to allow imported vehicles to also qualify, but they must meet the UK government's standards for the program itself, which are:

To learn more about the program, check out the UK Government's mini site here
++Share