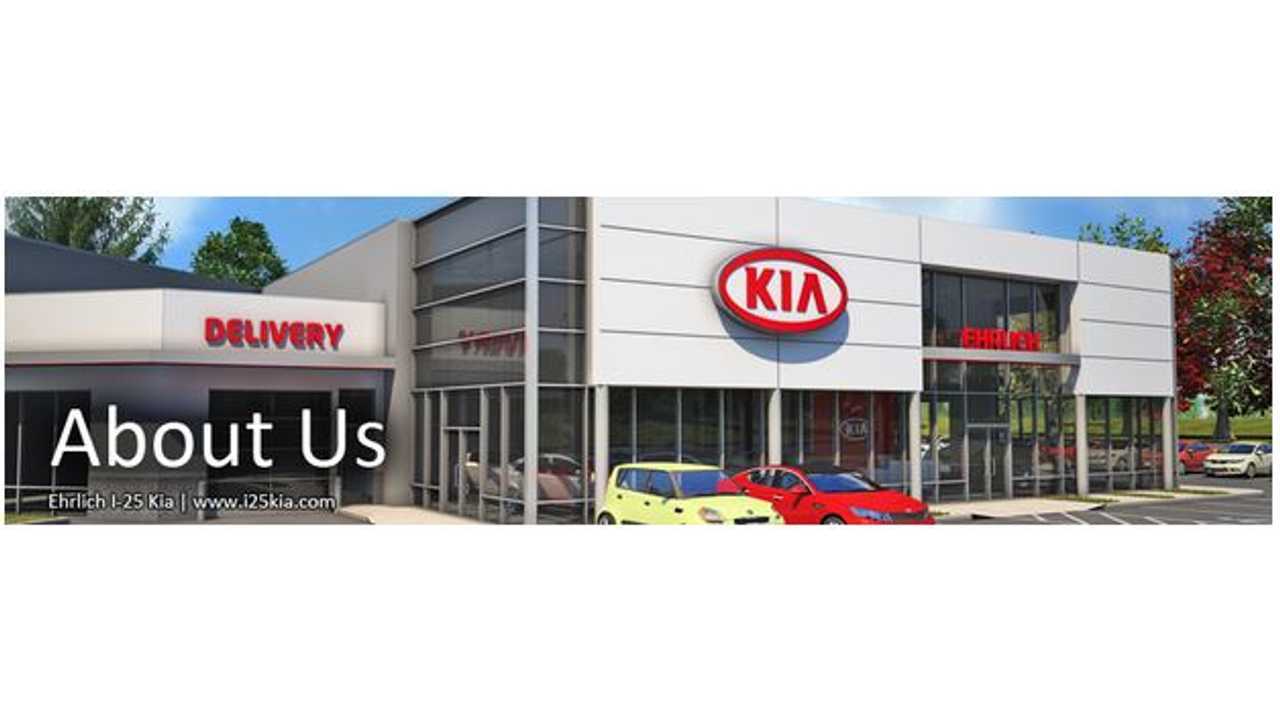 With the spotting of the Kia Soul EV in testing and word that it's US-bound sometime in 2014, wouldn't you think that it's time for some Kia dealerships to start gearing up the electric's arrival?

Well, that seems to be exactly what's going on at Ehrlich I-25 Kia in Colorado.

Ehrlich Kia recently broke ground on a new and improved building adjacent to its current one.  That new building, which is scheduled for completion in mid-November, will be home to a quick-charge station.

The lead architect of the dealership redesign, Mark Bowers of Architectural Workshop, says this:

"Anyone driving up on I-25 can stop here, plug in, and get their car recharged in half an hour."

Is this particular Kia dealership looking to profit off charging?  No.  There are apparently no plans in place to charge a fee of any sort to those that use the quick-charge station.

It's happening elsewhere too.  Ehrlich Kia says it's the second Kia dealership in the nation to partake in a re-branding effort that includes charging station installs, high-tech shop gear and LED lights throughout.

So, perhaps Kia dealerships across the country will soon become another go-to place for those in need of a quick charge.

Furthermore, this sort of cements in place the idea that the Kia Soul EV is US-bound.  Doesn't it?