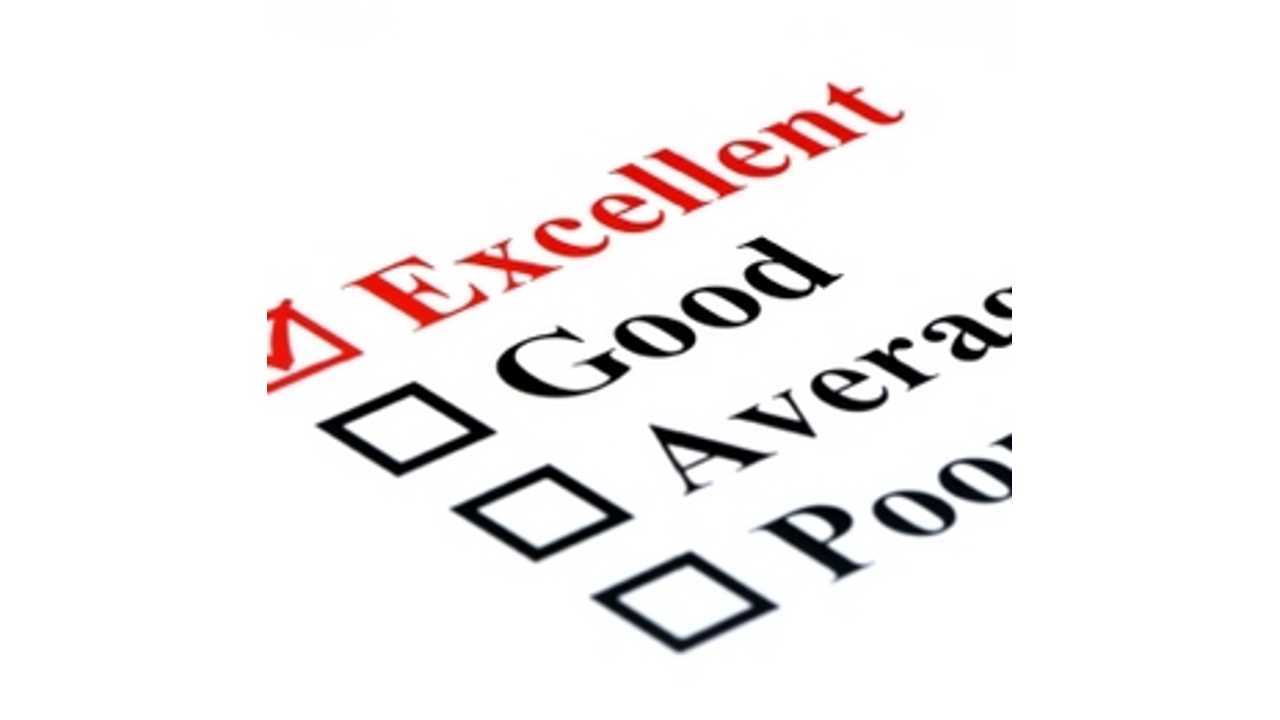 How Many EVs Will Roll Off Dealership )Or Boutique) Lots In The Second Half?

At the beginning of the year, I decided to walk the plank and throw some numbers out there to predict the US sales of plug-in vehicles.  Since we are now into the dog days of summer, it is time to revisit those predictions and find out how wrong I really was.  Below is a breakdown of how the year is looking and a grade for each prediction, car by car.

You can find the original article and discussion in the comments here.  Also, the half-year sales result chart can be seen (as reference) at the bottom of this article.

2013 Chevrolet Volt Had A Thin First Half

Chevrolet Volt – Predicted 30,000 (+27.9%), H1 actual 9,855 The first half of 2013 could not have gone the way GM expected with the Volt, with inventory piling up around the country.  It took until June before big money on the hood got the Volt really moving.  Even though the first half of the year has the Volt on pace for 20k sales, I think the normal second half surge and expected MSRP drop will ensure it still ends up at 25,000 for the year.  30k seems out of the question at this point though.  It would require the Volt to average 3,357 vehicles per month!!!  That is a number that has never been seen in any month by any plug-in.

Nissan LEAF – Predicted 15,000 (+52.8%), H1 actual 9,839 What a difference a (new model) year makes!  Nissan’s move to produce the LEAF domestically, lower the price, and introduce the entry level is paying off big.  Since the 2013 MY hit the lots with the $199/month lease deals, they are averaging monthly numbers more than double what was seen in 2012.  Nissan seems confident they can maintain or exceed this rate, so 20,000 - 25,000 this year seems likely. Congrats to Nissan on finally getting the LEAF moving like they promised all along.  I am happy to be wrong here.

Even Though Statistically Not An "Old" EV Offering, Sales Have Definitely Stagnated For The Prius Plug-In

Plug-In Prius - Predicted 8,000 (-21.6%), H1 actual 4,214 2013 has not started off as strong as 2012 finished for the PiP.  It seems like the low AER and number of competitors are limiting its appeal.  It looks certain now that the PiP will fall from #2 in sales in 2012 to #4 for the full year 2013.  The wild card would be some sort of price reduction or lease deal.  Toyota has yet to do this and seems content keeping the PiP at a premium over the rest of the Prius lineup.

Tesla Model S – Predicted 15,000 (+500%), H1 actual 9,850 I am not sure I need to write anything about Tesla since they have dominated both the press and Wall Street in 2013.  Needless to say they have lived up to their sales hype so far.  With the transition to international deliveries, the US sales will likely continue, but at much lower levels.  The only thing we can be sure of, is Tesla will refuse to tell us what those levels are unless prodded by investors during a quarterly announcement.  The prediction looks to be on track, but we won’t know for sure until Tesla reports on the full year results early in 2014.  Next year will be the real year of predictions as all of the backlogs worldwide will be filled.

Ford Seems To Be "Right On Track" With Predictions For 2013

Ford Focus Electic – Predicted 2,000 (+192%), H1 actual 900 The FFE has just been plodding along at relatively low sales levels since introduction.  Even though the vehicle is a good technical competitor to the LEAF, it seems like the price point is keeping it from providing real competition.  Somebody at Ford woke up recently and decided to price it in line (thanks to a $4,000 reduction in the MSRP) with the mid and higher trim level LEAF which is its true counterpart.  It will be interesting where sales go from here.

Ford C-Max Energi – Predicted 12,000 (+405%), H1 actual 2,482 Wow, and not in a good way. That is about all I can say.  I did not see this coming.  At this point, the November and December sales that formed the basis for my prediction from last year look like total anomalies.  It will be interesting to see if Ford follows Nissan and GM with a price drop or lease deal on this model.  Unfortunately, like the PiP, they are unlikely to price it too close to the non plug-in version, which surely brings in more profit.

Ford Fusion Energi – Predicted 1,000, H1 actual 1,584 Wow, in a good way here.  The Fusion Energi looks to be the winner of the whole Ford plug-in lineup.  It shows that in this package utility and good looks may be more important that price.  Or that the mainstream market for the Fusion is not as price sensitive, and that the plug-in version offers a good value to those shopping in this segment class.  Either way, Ford must be happy selling the same AER at a higher price in comparison to the C-Max.

Mitsubishi i-MiEV – Predicted 400 (-32.0%), H1 actual 882 $69/month leases pretty much tells this story.  Mitsubishi found a way to clear out these little 2012 plug-ins, Fire Sale!  The dwindling sales recently are showing that the inventory is drying up and there is no sign of 2013 making their way to our shores.  Once again some unforeseen circumstances made a accurate 2013 prediction impossible.  Send us the Outlander Plug-In already!  That should post some numbers really worth writing about.

Mystery/unknown EVs (at the time)

The price, inventory and lack of marketing seem to have capped the demand for this plug-in at roughly 50 per month.  Don’t look for that to change anytime soon.

Despite the technical quality, this compliance car was trickling off the lots at an annual pace of 199.2 through May.  That would have won me some sort of injection molded plastic prediction trophy or something!

Then the ZEV gauntlet must have come down from behind the scenes. Did Tesla raise their ZEV credit prices?!?  Honda went off and made arguably the best lease deal on the market (when combined with the insurance, zero down and probably most importantly unlimited mileGR) and sold more in one month than I had predicted for the entire year.  Bravo Honda.  Maybe consider offering this nationwide and try regaining the stance as industry leader in vehicle efficiency.

The $10,000 off deal gave a little pop to the sales this spring, but the RAV4 EV sales cannot seem to break out, even with the Tesla drivetrain pedigree and being the only plug-in SUV on the market (California only).  It may just be sticker shock of walking past a dated body style RAV4 on the lot and seeing $50k.  I can’t help but wonder what sales would look like if they had asked Tesla to engineer in SuperCharger capability.

This electrified (compliance) version of the city car has not quite hit the market yet, but sales should start showing up any day.  The initial reviews are raving it and Fiat already stated that 2013 is totally pre-sold out.  So it seems the only guess here is how many did they plan to build this year.  I am going to say that my 250 is low by a factor of two.  We will find out shortly.

The torque monster, also known as Spark EV, landed just this past month.  Based on the pricing GM seems to be intent on making sure these don’t pile up on lots.  The big unknown: “Is it a car for real production distribution or just compliance for the ZEV states?”  The early inventory allocation is targeting the compliance states, so the decision may still be in the balance.

Historically plug-in sales have fared much better in the fall. There is a combination of factors from less time for the tax rebate, to new model introductions, and discounts on slow sellers.  Check out the Monthly Scorecard to see the second half effect in 2011 and 2012.

For the second half of 2013, Tesla is shipping most of its Model S sedan overseas and that will negatively affect the monthly sales.  The introduction of the Spark EV and 500e will pick up a little bit of that slack.  However, the big weight will be carried by a theoretical slash in the Volt MSRP, along with a full half year of current LEAF volumes.  New pricing on the FFE and the Fit EV should also help things along as well.

The 87,000 total year sales seems like a good middle ground, but there is a real shot at crossing 100,000 sales this year.  Either way, I think we will see the first 5 digit month before the year is out.  These are all great milestones for the industry.

Overall, this is not a report card I would be happy to show my parents, there is some serious toe-stubbing happening with some nameplates, but the overall level of the industry is growing at the rate we expect, which is great.  The continued introduction of models and lowering of prices shows that the industry is maturing and gaining a real foothold.  There are manufacturers serious about making a name for themselves amongst would-be plug-in owners.  The second 100k plug-ins sold in America will certainly be achieved much faster than the first 100k has.  We may not have 1 million on the road by 2015, but it may only be a year or two past the mark.

Editor’s Note: Once again, we would like to thank Josh for being willing to stick his neck out and make his predictions the first of the year.  We should note many of our 'other' writers put their head in the sand and ran for cover, saying nonesense about being objective or some other nonsense...they were just afraid.