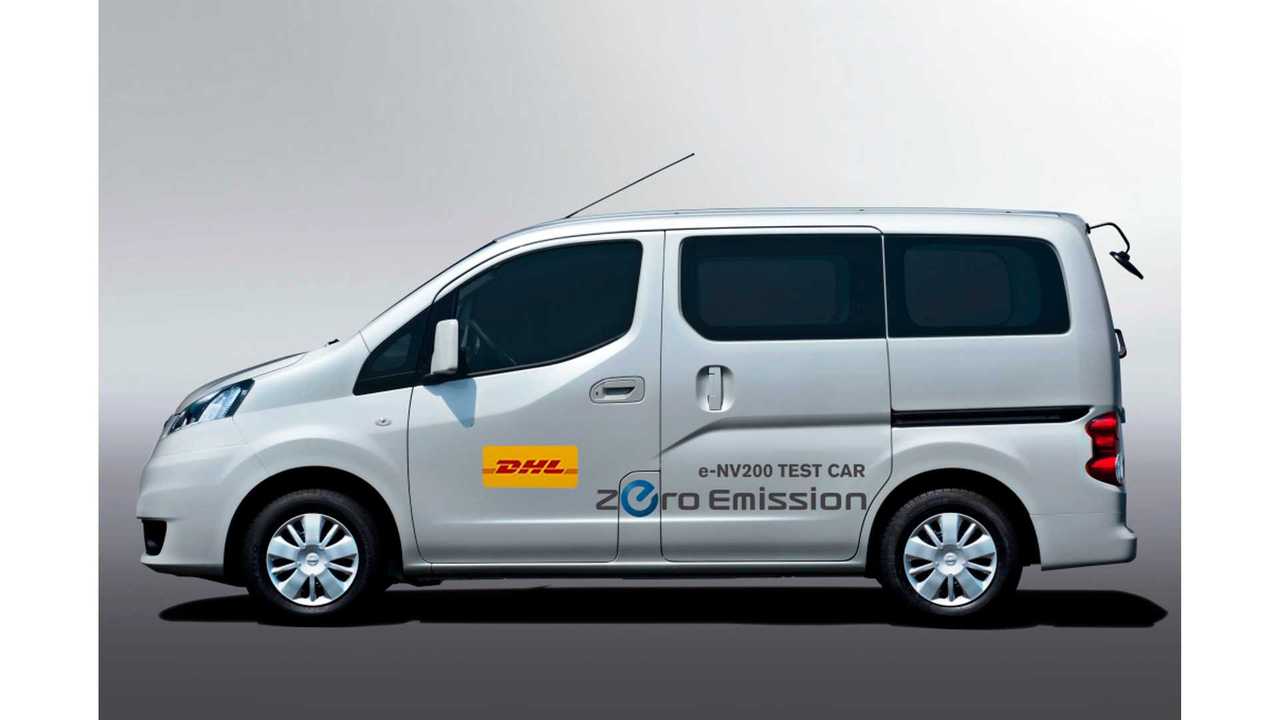 DHL Japan is the latest company to test pre-production  versions of the e-NV200 electric delivery van from Nissan.

The vans will be used for three weeks in the Tokyo Metropolitan Area.

"This prototype will be used for the delivery of packages to companies and commercial facilities around the Marunouchi District of Chiyoda-ku, Tokyo. DHL and Nissan will evaluate the vehicle's potential and the practical usability, taking into consideration its economic and environmental performance. Valuable feedback gleaned from the field test will be reflected in the future development of the vehicle."

The Japanese manufacturer is counting on feedback received after trial to shape the final development of the all-electric urban delivery compact van.

The commercial launch of the e-NV200 is slated for 2014.  e-NV200 will become Nissan's second production electric vehicle.

e-NV200 is equipped with the Nissan LEAF's powertrain, battery pack and charging system. For now, it's unclear if the final version will have the same 24-kWh battery.

Production of e-NV200 will take place in Barcelona, Spain, where Nissan will produce gearboxes for EVs. Other stuff like battery packs will probably come from Sunderland, UK.

In November, Nissan said that production should start before 2013 comes to an end, but we are not sure whether that's still the target:

"Following an investment of €100 million, creating more than 700 new jobs, the e-NV200 will be built at Nissan's Zona Franca plant in Barcelona from late 2013 and exported across the world. The 100% electric e-NV200 is part of Nissan's zero emissions sustainable mobility plan and the company is today a leader and pioneer in the introduction of zero emissions mobility. Nissan has long led this sector, having produced the Nissan LEAF - the first 100% electric, zero-emission car designed for the mass market - which is now the world's best-selling electric vehicle with more than 43,000 units on the road."

Here's video from a presentation in Norway where e-NV200 will probably account for high sales, much like the LEAF does in that country.