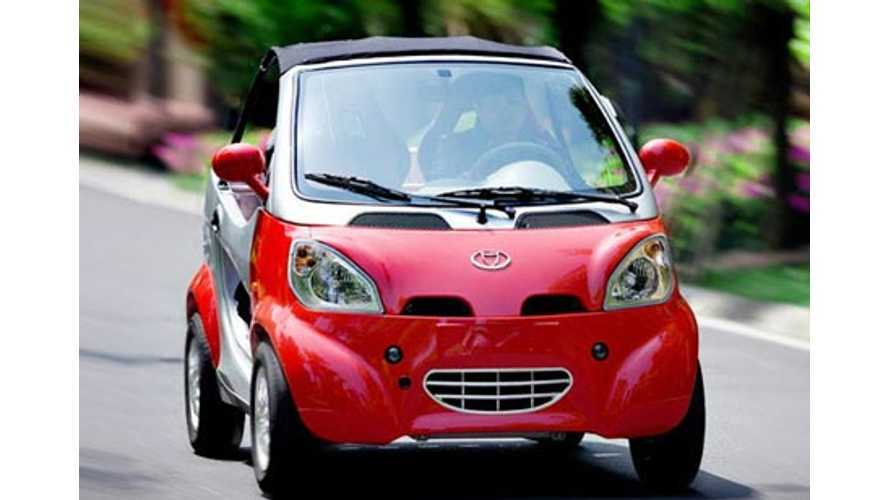 These golf cart-ish electrics aren't really suitable for the roads, but it's still legal to drive them on most paved surfaces around the world, but they can't yet be licensed in China.

That isn't preventing Chinese automakers from pumping up NEV production.

Beyond 2013, NEV production will explode in China.  New investments of RMB 15 billion ($ 2.4 billion US) by at least 4 automakers in China will see NEV production soar past 550,000 units annually in the next few years.

These automakers are upping NEV production based on the assumption that China's Ministry of Industry & Information Technology will soon allow NEVs to be registered within the county.  If that happens, then the NEV boom is on for sure.