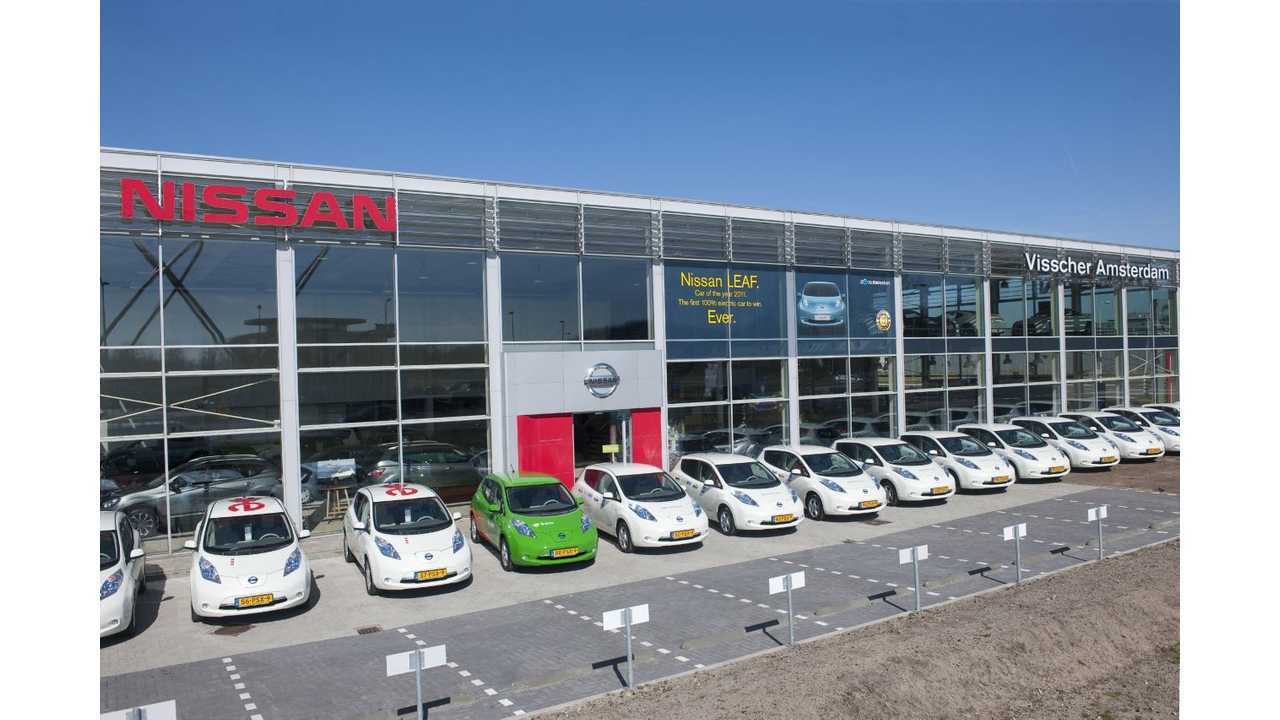 The Netherlands is a small country in Europe with one of the highest densities of quick-charge points density.

Different companies have installed almost 100 DC CHAdeMO chargers and Amsterdam alone has hundreds of charging points. In one and a half years, the Netherlands will add 200 additional DC quick chargers.

Some people assume that infrastructure is key to EV adoption and that this is a chicken and egg problem. So, let's check how sales are going in a country with an infrastructure that's almost unmatched.

The two most popular electric vehicles - Nissan LEAF and Renault Zoe - reported 70 and 51 registrations in June, respectively. This  amounts to roughly a 0.3% market share. YTD numbers are 195 for the LEAF and 109 for Zoe.  These are decent figures, given the population of the Netherlands, but are lower than you might expect since the infrastructure is so vast.

The Opel Ampera had 651 registrations in first six months of 2013.

If the infrastructure is the right answer in the chicken and egg question, then we would expect to see higher sales. In Ireland, the number of charging spots overhelm EVs 5:1. Also, in Estonia, the first country with a true nationwide DC CHAdeMO charging network, sales aren't taking off.

The right answer in this chicken and egg scenario is the vehicle, it seems.  More specifically, the vehicle's price.  Electric vehicles continually become more popular as prices fall.  The right price, combined with the charging infrastructure, should lead to success.